GENEVA, Switzerland: At the premier international body mandated to negotiate treaties on nuclear disarmament, Pakistan has called for the revival of global consensus in the face of growing risks to global and regional peace.

Speaking at the Conference on Disarmament in Geneva on Tuesday, Pakistan’s Permanent Representative Ambassador Khalil Hashmi drew attention to the impact of these dangers on security and stability in South Asia.

Highlighting the drivers of turbulence and instability in the region, the ambassador Hashmi noted India’s continued policy pursuit of hegemony, coercion, and aggressive military doctrines, shaped by the toxic mindset of its ruling party. 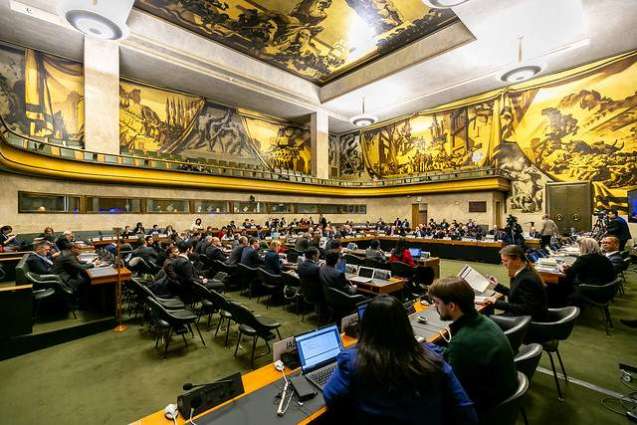 The ambassador underscored that lack of India’s accountability for its persistent defiance of international law had emboldened it to terrorize Kashmiris with impunity and browbeat its neighbors.

The permanent representative shared Pakistan’s deep concern over ways in which India’s incendiary and irresponsible rhetoric from the highest level, combined with its massive accumulation of advanced weaponry, could imperil regional peace and security.

These proposals inter alia included a re-commitment to faithfully uphold the principles of the UN Charter and international law and fulfillment of existing international obligations by all states.

The ambassador emphasized that maintaining the integrity of the global rules-based order and multilateralism was essential through demonstrable adherence to the rule of law.