In a statement issued on Friday, the ISPR said that more than 10 villages of Punjab’s Khushab district are affected due to recent rains.

The ISPR said that troops of Mangla Corps are carrying the damage assessment and busy in relief measures to help affected flood victims in Jabbi, Dhokri, Bhola, Khaliqabad, Waheer, and Hadali areas. 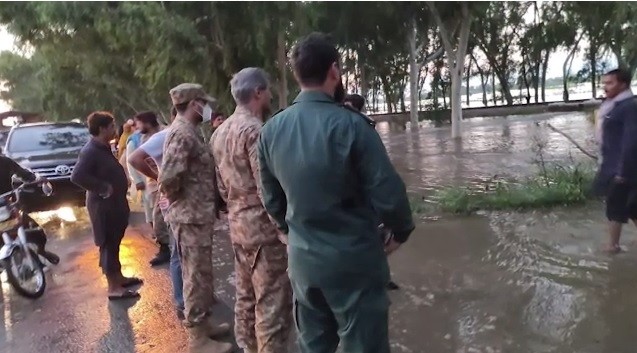 According to the Met Office, more rain with thunder-showers is expected in Upper and Central Punjab during the next 12 hours.

Earlier in the day, the Punjab Chief Minister Sardar Usman Buzdar directed the administration associated with the relief and rescue operations to remain vigilant and alert in the wake of rains in the province.

The Chief Minister said that in case of rain in Lahore and other divisions, drainage of rainwater should be ensured in minimum possible time.

Usman Buzdar directed the situation arising after rains should be fully monitored.

Mati
Mati-Ullah is the Online Editor For DND. He is the real man to handle the team around the Country and get news from them and provide to you instantly.
Share
Facebook
Twitter
Pinterest
WhatsApp
Previous articleAIOU introduces six-month certificate course for teachers’ capacity building
Next articleShocking Facts About Sadaf Kanwal You Didn’t Know!