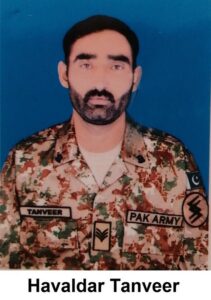 In a Twitter statement on Wednesday, the Director-General ISPR Major General Babar Iftikhar said that terrorists fired from across the Pak-Afghan border, targeting a Pakistan army post in Bajaur.

Mati
Mati-Ullah is the Online Editor For DND. He is the real man to handle the team around the Country and get news from them and provide to you instantly.
Share
Facebook
Twitter
Pinterest
WhatsApp
Previous articleAsad Umar directs immediate improvement of road infrastructure in Islamabad
Next articleFM Qureshi outlines Pakistan’s priorities in UN Human Rights Council