RAWALPINDI, Pakistan: Pakistan army has announced that it will not take internal security allowance during the Coronavirus duty, and the amount will be spent on the patients affected by the virus.

In a media briefing in Rawalpindi on Friday, the Director General Inter Services Public Relations (ISPR) Major General Babar Iftikhar said that all resources of the Pakistan army are being utilized at every level to support the government’s efforts against the Coronavirus.

The director general ISPR said that civil and political leadership are united in the fight against the pandemic. 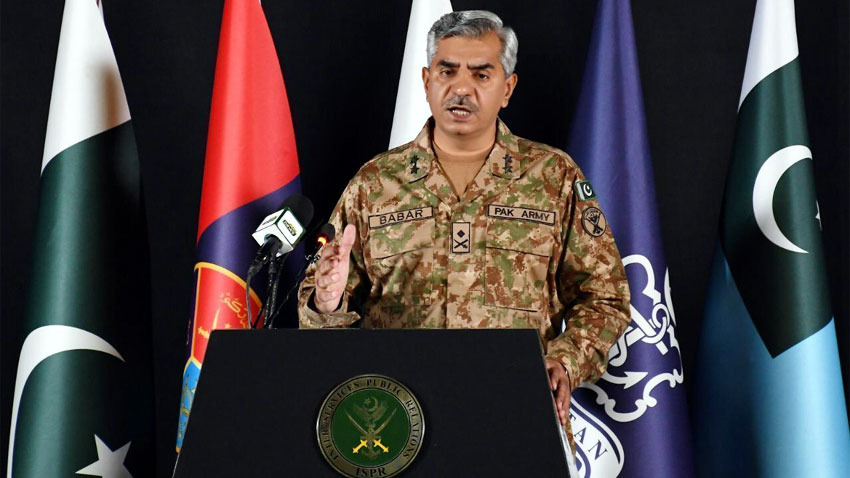 Sharing details of a Special Conference of Principal Staff Officers presided over by the Chief of Army Staff (COAS) General Qamar Javed Bajwa in Rawalpindi, the DG ISPR said that Pakistan’s military leadership has taken serious note of Indian aggression on the Line of Control (LoC) and irresponsible statements of their Indian counterparts.

Major General Babar Iftikhar said that the Indian side has recently intensified ceasefire violations. He said that Indian forces are using heavy artillery and using the people of occupied Kashmir as a human shield.

The director general ISPR said that at the time when the world is uniting amid the Coronavirus, the RSS-inspired extremists Modi government is violating international laws.

The DG ISPR said that aid India always blamed Pakistan to divert the world’s attention from its atrocities being committed on Kashmiris when the world is fighting against the COVID-19.