Pakistan army donates over Rs one billion for Dams Fund

Pakistan army has donated more than Rs one billion in Diamer Bhasha and Mohmand Dams Fund set up by the Chief Justice of Pakistan Justice Mian Saqib Nisar.

In a letter written to the Chief Justice, the Chief of Army Staff (COAS) General Qamar Javed Bajwa said that “It gives me immense pleasure to share with you that the Supreme Court’s decision regarding construction of ‘Diamer Bhasha’ and `Mohmand Dams’ has been well received by Pakistan Army. In order to support this national cause all ranks have contributed as follows:-

Pakistan Army’s Welfare Organizations have also voluntarily made contributions for this cause. In sum, I am pleased to intimate that an accumulated amount of over Rupees One Billion has been collected and is being deposited in the Supreme Court of Pakistan Diamer Basha and Mohmand Dams Fund as per details enclosed.” 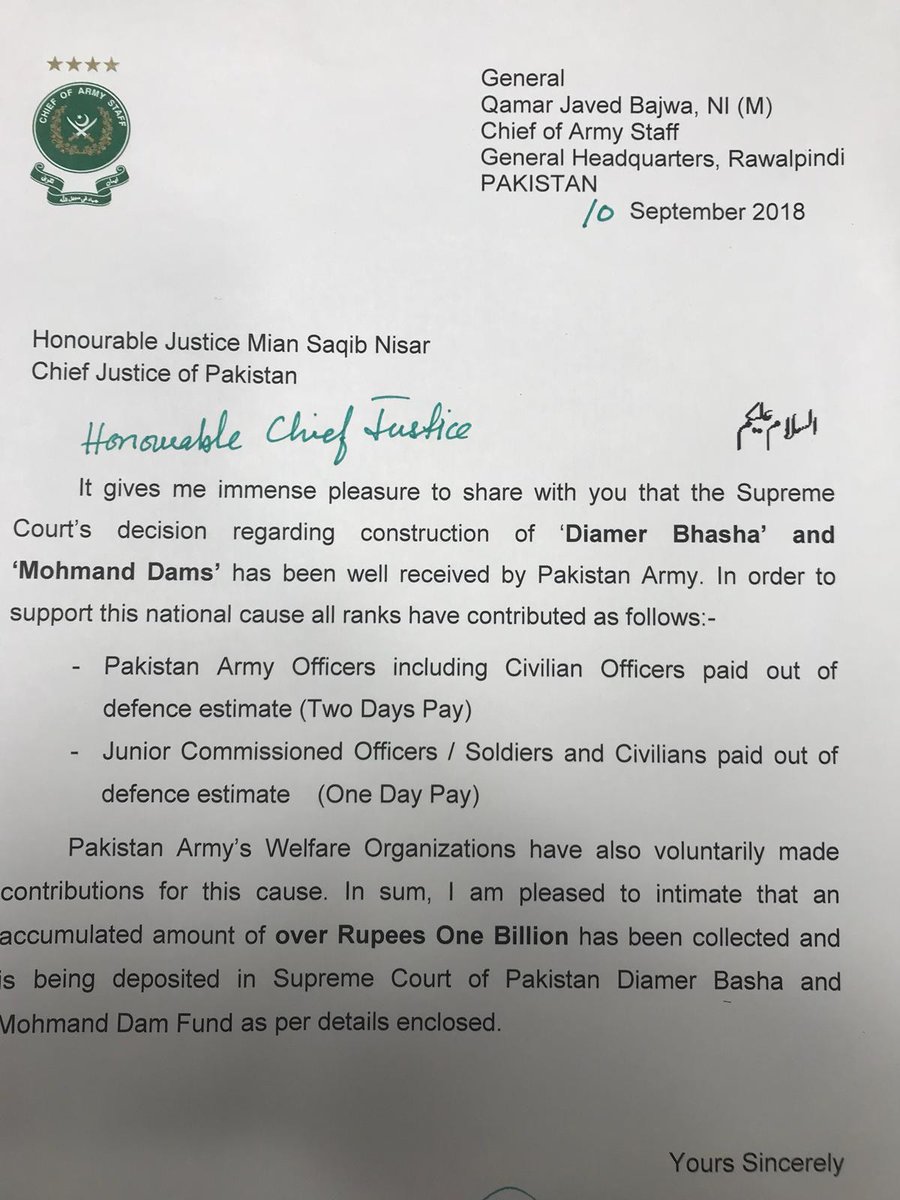 In July 2018 as per the directives of the Chief Justice of the Supreme Court of Pakistan, a fund for Diamer Bhasha and Mohmand Dams was setup. Then on September 7, Prime Minister Imran Khan also announced to push the initiative forward at the governmental level as well, and made an appeal to around eight to nine million Pakistanis living abroad especially in the European Countries and the United States to contribute at least $1,000 each in the fund.

Mati
Mati-Ullah is the Online Editor For DND. He is the real man to handle the team around the Country and get news from them and provide to you instantly.
Share
Facebook
Twitter
Pinterest
WhatsApp
Previous articleAmin Aslam orders reactivation of Federal Forestry Board
Next articleHats off to Imran Khan, what a journey he has had, says Kapil Dev