Pakistan army committed to play its part in establishing peace under UN: COAS

RAWALPINDI, Pakistan: The Chief of Army Staff (COAS) General Qamar Javed Bajwa has emphasized that the Pakistan army is committed to play its part in establishing peace under the United Nations banner and we have rendered numerous sacrifices for this noble cause.

In a meeting with the Commander of the Terrestrial Army Congo Lieutenant General Sikabwe Asinda Fall who met at Pakistan army’s general headquarters in Rawalpindi on Wednesday, the COAS said that Pakistan views Congo as a key Country in the African Continent and we appreciate Congo’s role towards regional peace. 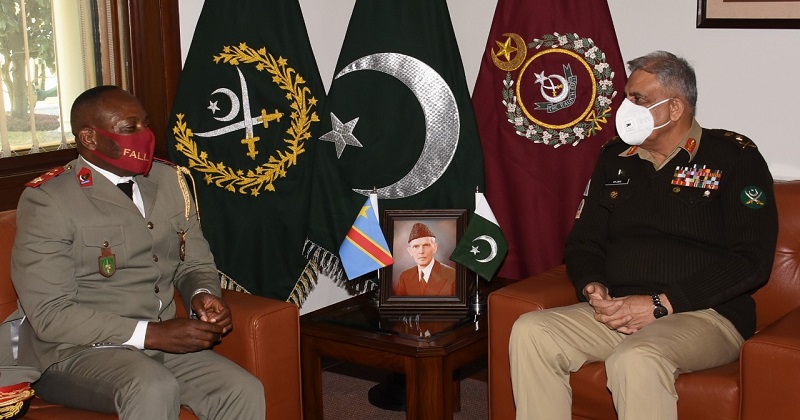 During the meeting, matters of mutual interest, regional security situation, and scope of military cooperation to include defence, training & security between the two Countries were discussed.

The visiting dignitary lauded the professionalism of Pakistan armed forces and its role in UN peacekeeping operations in the Democratic Republic of Congo.