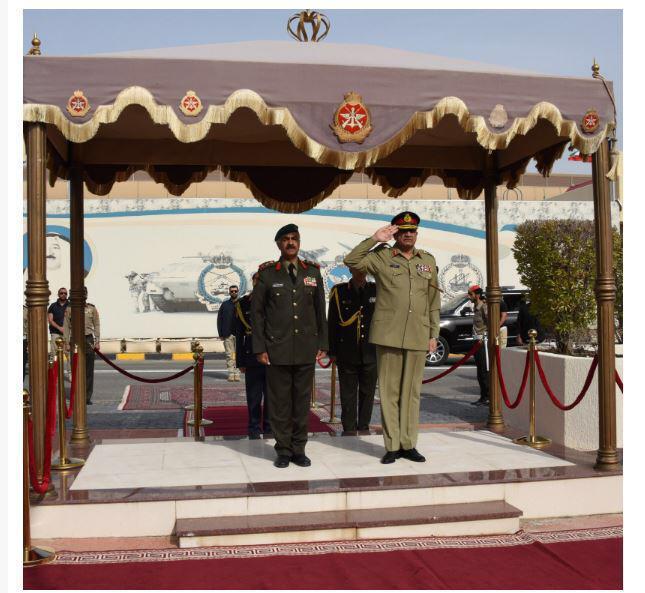 The political and military leadership of Kuwait highly appreciated the professionalism of Pakistan army and determination of the Pakistani nation in combating terrorism.

Both sides agreed to increase bilateral cooperation in multiple fields of defence & security including export of defence products, training, provision of trained manpower/human resource and cooperation in counter terrorism domain.

A smartly turned our contingent of Kuwait Army presented Guard of Honour to the COAS.

Mati
Mati-Ullah is the Online Editor For DND. He is the real man to handle the team around the Country and get news from them and provide to you instantly.
Share
Facebook
Twitter
Pinterest
WhatsApp
Previous articleAnwar Mansoor Khan resigns as Attorney General for Pakistan
Next articlePM Imran Khan phones Chinese President Xi Jinping