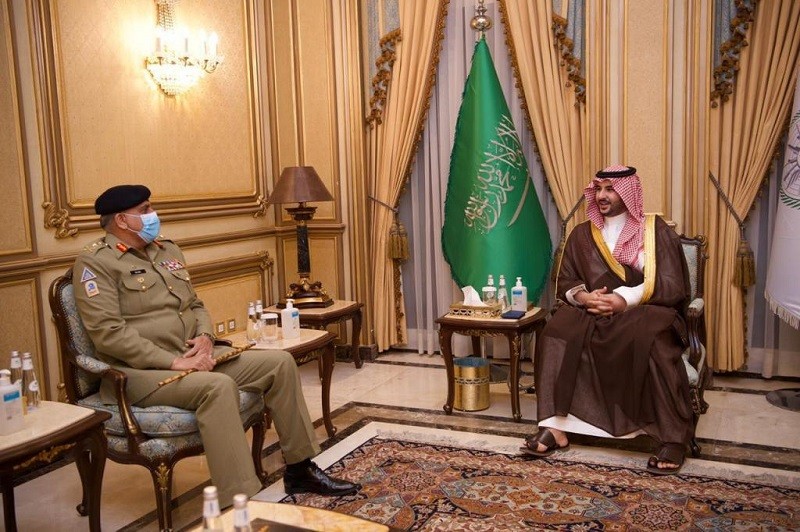 The Pakistan-Saudia Arabia military to military ties including training exchanges were discussed in the meetings.