RAWALPINDI, Pakistan: The Chief of Army Staff (COAS) General Qamar Javed Bajwa has acknowledged the role of Christian brethren not only towards creation of Pakistan but also for their contributions towards its progress.

The appreciation came from the COAS when he joined the Christian Community at Christ Church in Rawalpindi on Tuesday to take part in Christmas Celebrations, the Inter Services Public Relations (ISPR) said in its press release. 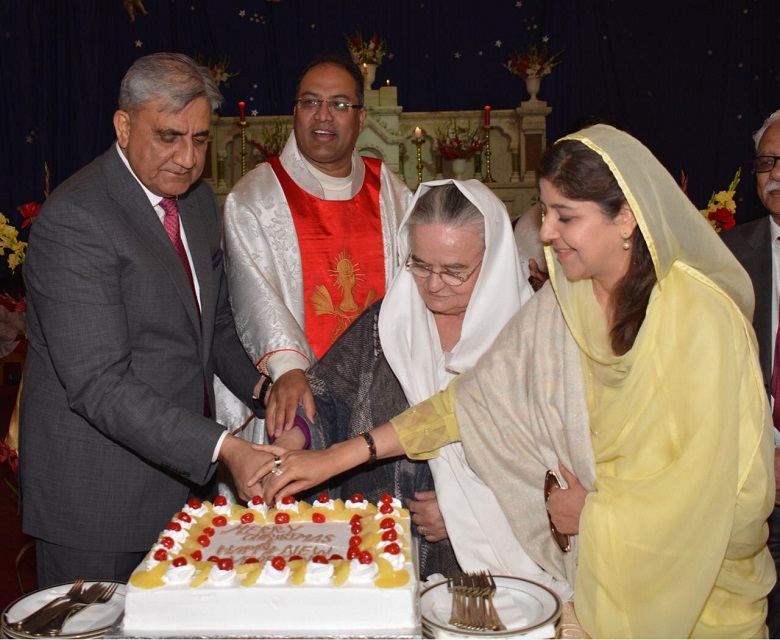 The Congregation welcomed the COAS and thanked him for sharing the festivity while the latter wished Merry Christmas to the entire Christian Community in Pakistan.

The COAS appreciated role of various institutions in the fields of education, health and public welfare being managed by Christians across Pakistan.

The Christians all over the world including Pakistan are celebrating Christmas today. Special services are being held in Churches across the World to celebrate the festival.

Meanwhile in their separate messages, President Dr. Arif Alvi and Prime Minister Imran Khan have extended warmest greetings to Christians on the joyous occasion of Christmas and commend the Community’s sincere efforts for socio-economic development of Pakistan.

Mati
Mati-Ullah is the Online Editor For DND. He is the real man to handle the team around the Country and get news from them and provide to you instantly.
Share
Facebook
Twitter
Pinterest
WhatsApp
Previous articleNPC Election 2019 to be held on January 8
Next articleIndia vs Australia Third Test at MCG Live Streaming