In a press release, the Inter Services Public Relations (ISPR) said that the call was in the backdrop of the polio eradication drive in Pakistan.

The ISPR said that Bill Gates appreciated Pakistan army’s help in enabling the campaign through the provision of security, monitoring and bridging of capacity gaps.

The COAS said that it’s a national duty and the army played a part in the significant initiatives undertaken by the government of Pakistan and health care departments of provinces. 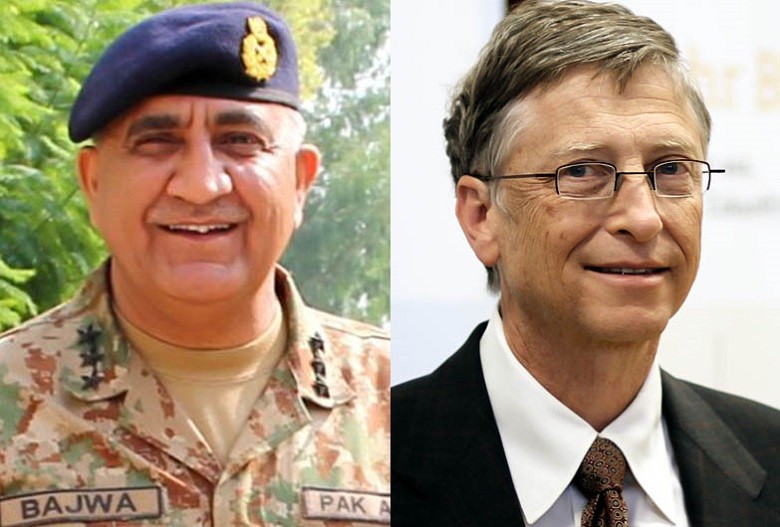 General Qamar Javed Bajwa said that the healthcare workers who played the most important part in polio drive also acted as the frontline defense against COVID-19.

The COAS said that despite COVID-19, Pakistan army in support of the government’s efforts has already made preparations to restart the anti-polio campaign in the coming weeks.

The ISPR said that during the conversation, both discussed the challenges in the face of current and future pandemic threats and efforts to enhance the resilience of the population through education, flexible healthcare management, and the use of technology.

The COAS thanked Bill Gates for his Foundation’s efforts towards the noble cause and said that every initiative aimed at the betterment of Pakistan and its people will be fully supported and appreciated.