LAHORE, Pakistan: Pakistan Cricket Team Head Coach and Chief Selector Misbah-ul-Haq on Monday named 22 probables for the ODI and T20I series against Zimbabwe, insisting he has opted for experience in the 50-over matches and provided extended run to the youngsters in the T20I format.

For the Lahore T20Is, the selectors have preferred continuity and consistency, while acknowledging the just concluded National T20 Cup had provided some exciting talent, which will be considered for the Pakistan and Shaheens’ next month tour to New Zealand and early next year’s home T20Is.

The selectors have rewarded Central Punjab’s Abdullah Shafiq with a call-up after the 20-year-old former Pakistan U19 batsman finished as the seventh most successful batsman in the National T20 Cup with 358 runs with a strike-rate of over 133. Abdullah scored a century on his T20 debut, becoming only the second player in history to make a century on both first-class and T20 debuts.

Shoaib Malik, who was player of the final, has made way for Abdullah Shafiq, while Rohail Nazir has been named as Mohammad Rizwan’s back-up wicketkeeper. Sarfaraz Ahmed, who was part of the squad for the England tour, has been encouraged to feature in the first-class Quaid-e-Azam Trophy, starting on October 25, so that he rediscovers better form ahead of the New Zealand tour. 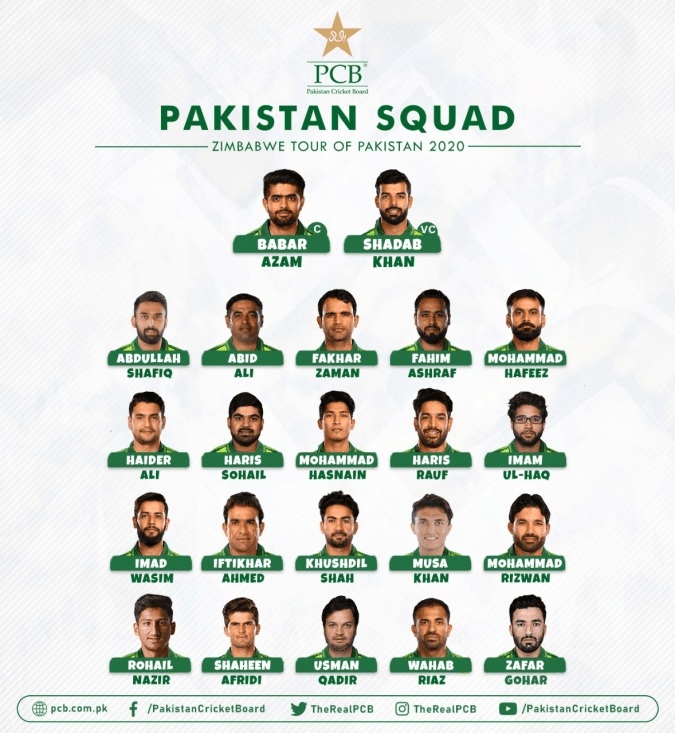 1st T20I at Gaddafi Stadium in Lahore on November 7

2nd T20I at Gaddafi Stadium in Lahore on November 8

3rd T20I at Gaddafi Stadium in Lahore on November 10

Mati
Mati-Ullah is the Online Editor For DND. He is the real man to handle the team around the Country and get news from them and provide to you instantly.
Share
Facebook
Twitter
Pinterest
WhatsApp
Previous articleIqra Aziz Grabs Attention With Her Latest Classy Photoshoot for Al Karam!
Next articleGulbuddin Hekmatyar discusses Afghan peace process with FM Qureshi