In this regard, a discussion was held between the Ambassador of the Republic of Uzbekistan to Pakistan His Excellency Furqat A Sidikov and the President Center for Global & Strategic Studies (CGSS) Major General (retd) Syed Khalid Amir Jaffery when the former visited the Center in Islamabad on Tuesday. 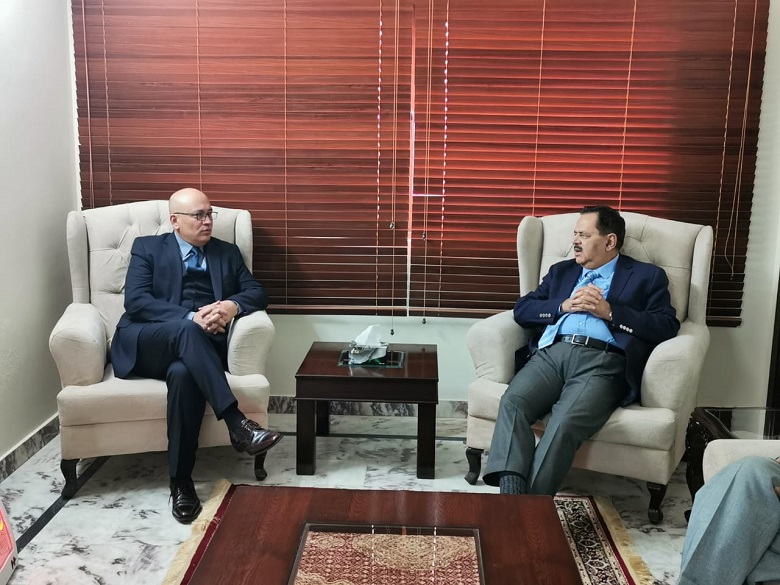 The president CGSS welcomed Ambassador Furqat A Sidikov, and acknowledged the smooth execution of the electoral process in Uzbekistan.

The Executive Director CGSS Lieutenant Colonel (retd) Khalid Taimur briefed about the new initiatives that CGSS will undertake in the year 2020 through which the Pakistan-Uzbekistan relationship will also be promoted.

It was also decided that more Conferences/Seminars will also be organized.

Mati
Mati-Ullah is the Online Editor For DND. He is the real man to handle the team around the Country and get news from them and provide to you instantly.
Share
Facebook
Twitter
Pinterest
WhatsApp
Previous articleGeneral Bajwa assures Pakistan army’s full commitment to Kashmir cause
Next articlePSO and Uber Ink Strategic Partnership