In line with Prime Minister Imran Khan’s commitment, Pakistan’s policy of promoting inter – faith harmony and Islamic traditions of respect for all religions, Pakistan and India on October 24, 2019 signed the agreement for operationalization of the Kartarpur Sahib Corridor. 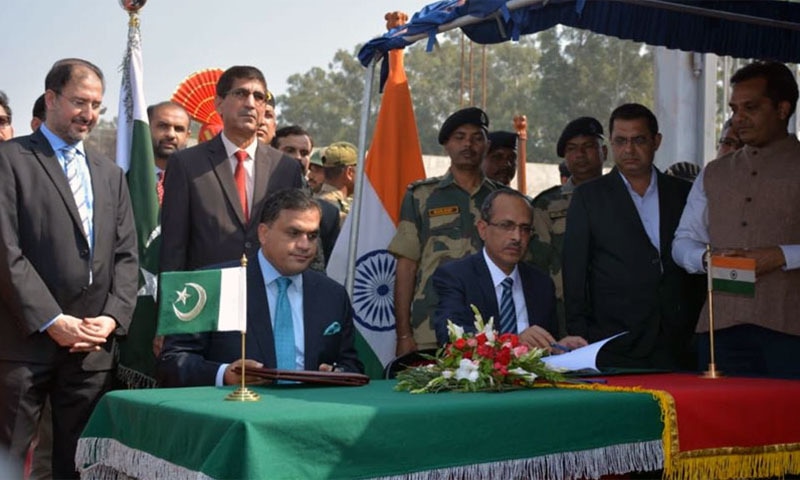 The agreement will facilitate visa free travel of 5000 pilgrims daily (to be enhanced on special occasions, subject to capacity), in groups or individually, on foot or by bus to visit Gurdwara Kartarpur Sahib in Narowal, Pakistan, from dawn to dusk throughout the year, except on public holidays or for exigencies/emergencies, which will be notified to India in advance. Pilgrims will travel on valid Indian passport.

The non-resident Indians will also be required to carry their Indian origin card. Pakistan will charge US$ 20/pilgrim/visit as service charges.

The signing of the agreement, despite the challenging environment is unprecedented and reflective of Prime Minister Imran Khan’s commitment towards facilitating Nanak Naamlevas to visit their most reverential place of worship in line with Pakistan’s Kartarpur initiative and groundbreaking ceremony last year.

As promised, Prime Minister Imran Khan will inaugurate the Kartarpur Sahib Corridor on November 9, 2019, well in time for the 550th anniversary celebrations of Baba Guru Nanak.

Mati
Mati-Ullah is the Online Editor For DND. He is the real man to handle the team around the Country and get news from them and provide to you instantly.
Share
Facebook
Twitter
Pinterest
WhatsApp
Previous articleZahid Hussain Kazmi appointed as Administrative Head of PTI Central Secretariat
Next articleJammu and Kashmir State Human Rights Commission shut down by Indian government