FeaturedGovernment of Pakistan
By Mati
November 12, 2022

BUDAPEST, Hungary: Pakistan and Hungary on Saturday signed a Memorandum of Understanding (MoU) on defence cooperation in Budapest. 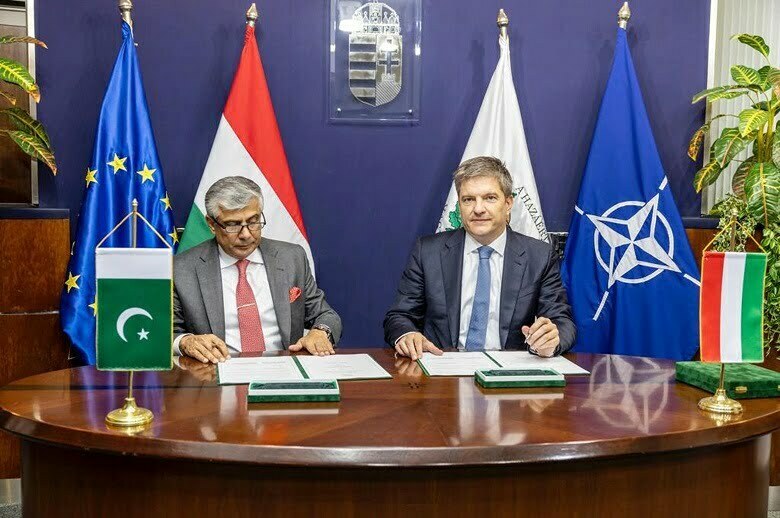 The agreement will provide solid legal framework for enhancing defence cooperation between the armed forces of Pakistan and Hungary.

The two sides held a bilateral discussion and exchanged views on regional and global security and matters of mutual interest, particularly in defence collaboration.

It was mutually agreed to conduct such visits for promotion of defence ties between both Countries.

The deadly flood situation in Pakistan also came under discussion in the meeting.