ISLAMABAD, Pakistan: Pakistan and Britain have agreed to complete the extradition treaty between the two Countries at the earliest.

The understanding was reached in a meeting held in Islamabad on Tuesday between the Interior Minister Sheikh Rashid Ahmed and the British High Commissioner to Pakistan Christian Turner. 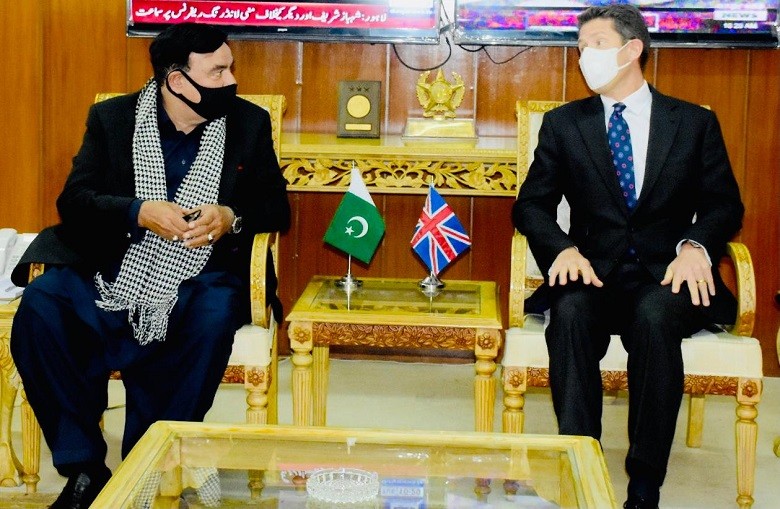 Speaking on the occasion, Sheikh Rashid stressed on taking measures to ensure that the criminals do not find refuge anywhere.

The interior minister said that Britain’s positive security advice about Pakistan has improved its image globally.

In his remarks, the British High Commissioner expressed satisfaction over Pakistan’s arrangements to fight the COVID-19 pandemic.

The envoy underlined the importance of enhancing the bilateral trade between the two Countries.

Christian Turner said that the restoration of British and Virgin Airlines will help promote trade and tourism between the two Countries.

Mati
Mati-Ullah is the Online Editor For DND. He is the real man to handle the team around the Country and get news from them and provide to you instantly.
Share
Facebook
Twitter
Pinterest
WhatsApp
Previous article
TCL becomes title sponsor of Peshawar Zalmi ahead of PSL 2021
Next article
Prof Dr. Hassan Raza and Prof Dr. Irshad Ahmad Arshad appointed as Deans of AIOU
Share
Facebook
Twitter
Pinterest
WhatsApp