“Pakistan always stands with Azerbaijan, and the nation of Azerbaijan would always remember the role of Pakistan in 44-days against Armenia when Pakistan stood as a brother– shoulder to shoulder with Azerbaijanis”.

In an interview with Dispatch News Desk (DND) News Agency, Lavrina maintained that people-to-people cooperation is one of the keys to further strengthening Azerbaijan-Pakistan relations. 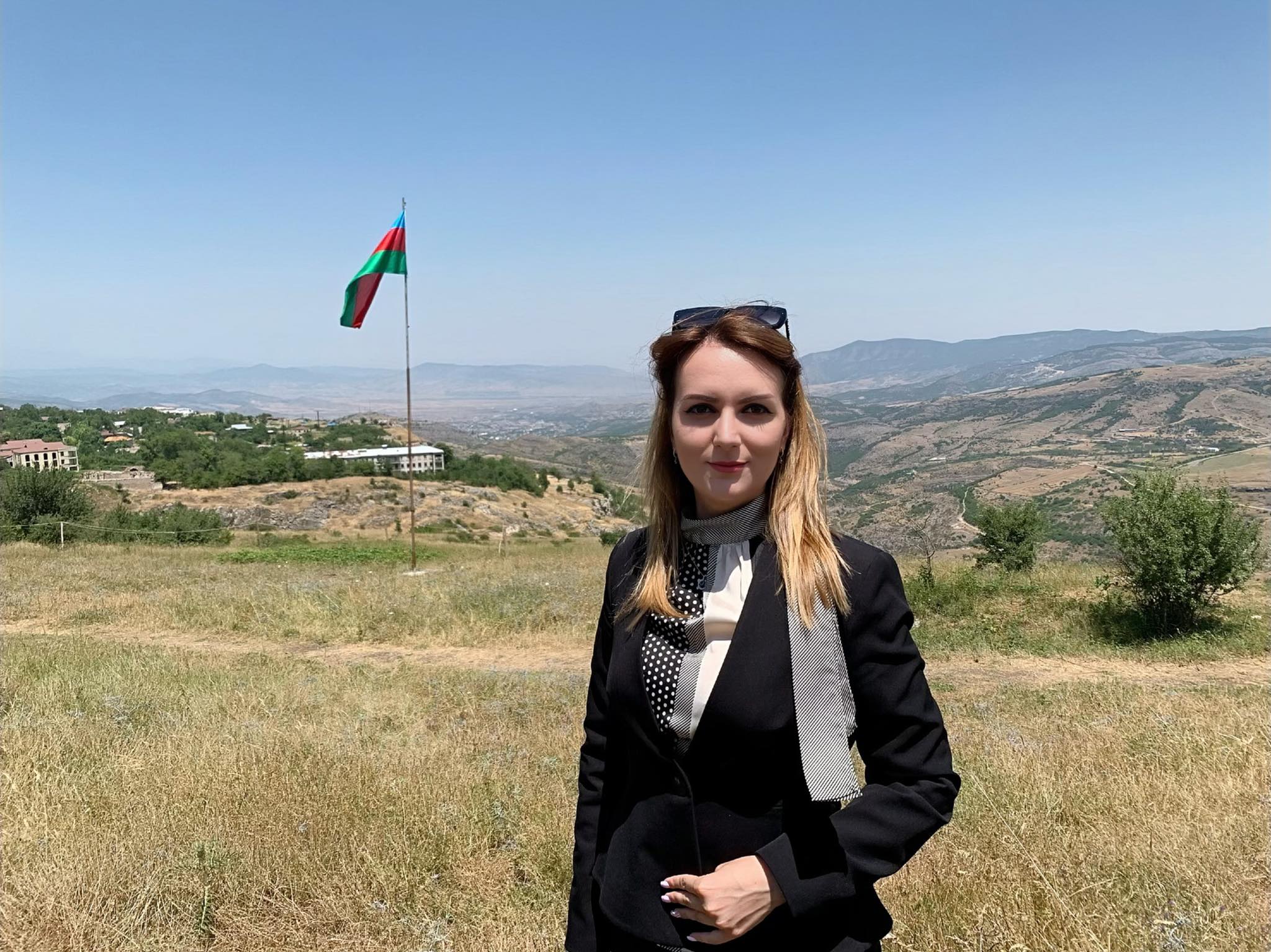 Hereunder is her interview with DND News Agency:

Q: What is your opinion about the role of Pakistan during the 44-days war, when the Azerbaijani army liberated its lands from the Armenian occupation?

A: “Pakistan stands with the brotherly nation of Azerbaijan and supports its right of self-defence” – the Foreign Office of Pakistan made this statement on September 27, the first day of the 44-days war when Azerbaijan’s Armed Forces launched a counter-offensive along the whole front in order to halt the Armenian army’s large-scale attack and ensure the security of the civilian population. Pakistan was among the few countries that openly expressed its principled position, solidarity, and support to Azerbaijan. Later, the President of Azerbaijan H.E. Ilham Aliyev said that it was “an example of true brotherhood and friendship.”

During the Second Karabakh War, the government and the people of Pakistan provided great political and moral support to Azerbaijan. The information about the war and Azerbaijan’s fair position based on international law to restore the internationally recognized borders was objectively presented in the media sources of Pakistan.

Important to mention that upon the collapse of the Soviet Union Pakistan was among the first three countries to recognize the independence of Azerbaijan and to this day has not officially recognized Armenia as a state because of its aggressive and occupational policy against Azerbaijan. A number of resolutions and statements were adopted by the Pakistani parliament on the Armenia-Azerbaijan conflict, as well as on the Khojaly genocide committed against the Azerbaijani people by Armenia.

The great victory of Azerbaijan in the Second Karabakh War ended the 30-year-long Armenian occupation and opened new possibilities to enhance the bilateral cooperation between Baku and Islamabad. 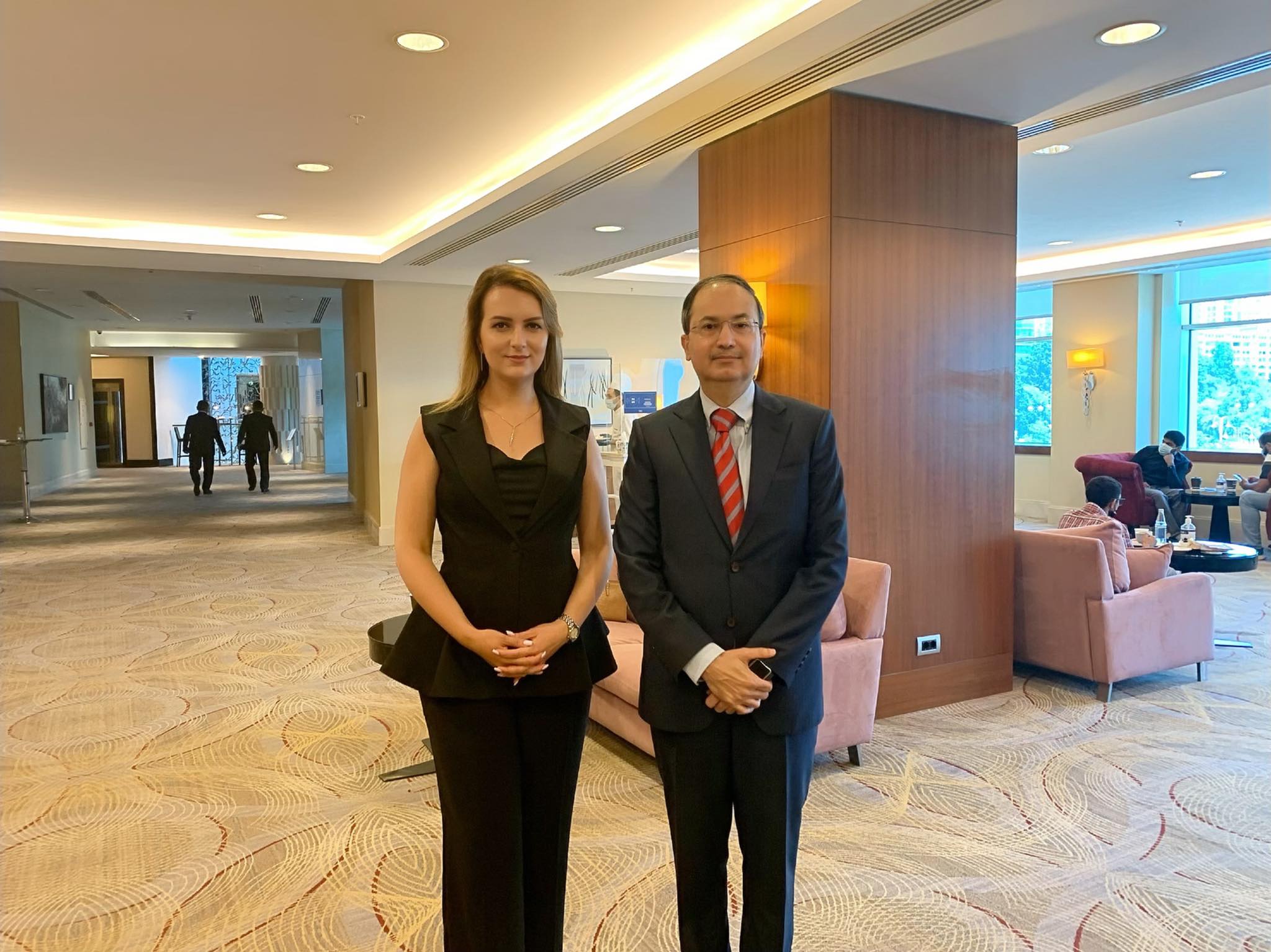 Q: How can people-to-people relations be further enhanced between Azerbaijan and Pakistan?

A: People-to-people cooperation is one of the keys to further strengthening Azerbaijan-Pakistan relations. The friendship between the two countries may lead to closer cultural integration as more Pakistanis starting visiting Azerbaijan and Azerbaijanis began visiting Pakistan. With the growing number of tourists, there will be an increase in the exploration of investment opportunities, developing cooperation between small and medium-sized businesses, expanding the legal framework in the field of trade. Youth of both countries have to meet and exchange their experience, knowledge, and skills in different directions. The formation of proper platforms should be sustained. The launch of direct flights between Azerbaijan and Pakistan as well as the visa simplification process will make a significant contribution to the intensification of mutual ties. It will also help develop a culture bridge through wider bilateral media interaction and growth in tourism leading to wider civic society interaction.

Today, Pakistan supports Azerbaijan in the restoration of the country’s liberated territories. Two states are working on deepening political, economic, military, and humanitarian cooperation. On July 7 Pakistan – Azerbaijan economic cooperation chamber “PAKAZCHAM” was formally launched aiming to foster economic partnership, eliminate the existing borders and increase the investment potential. Discussions about the opening of an Azerbaijani trading house in Pakistan are also underway. 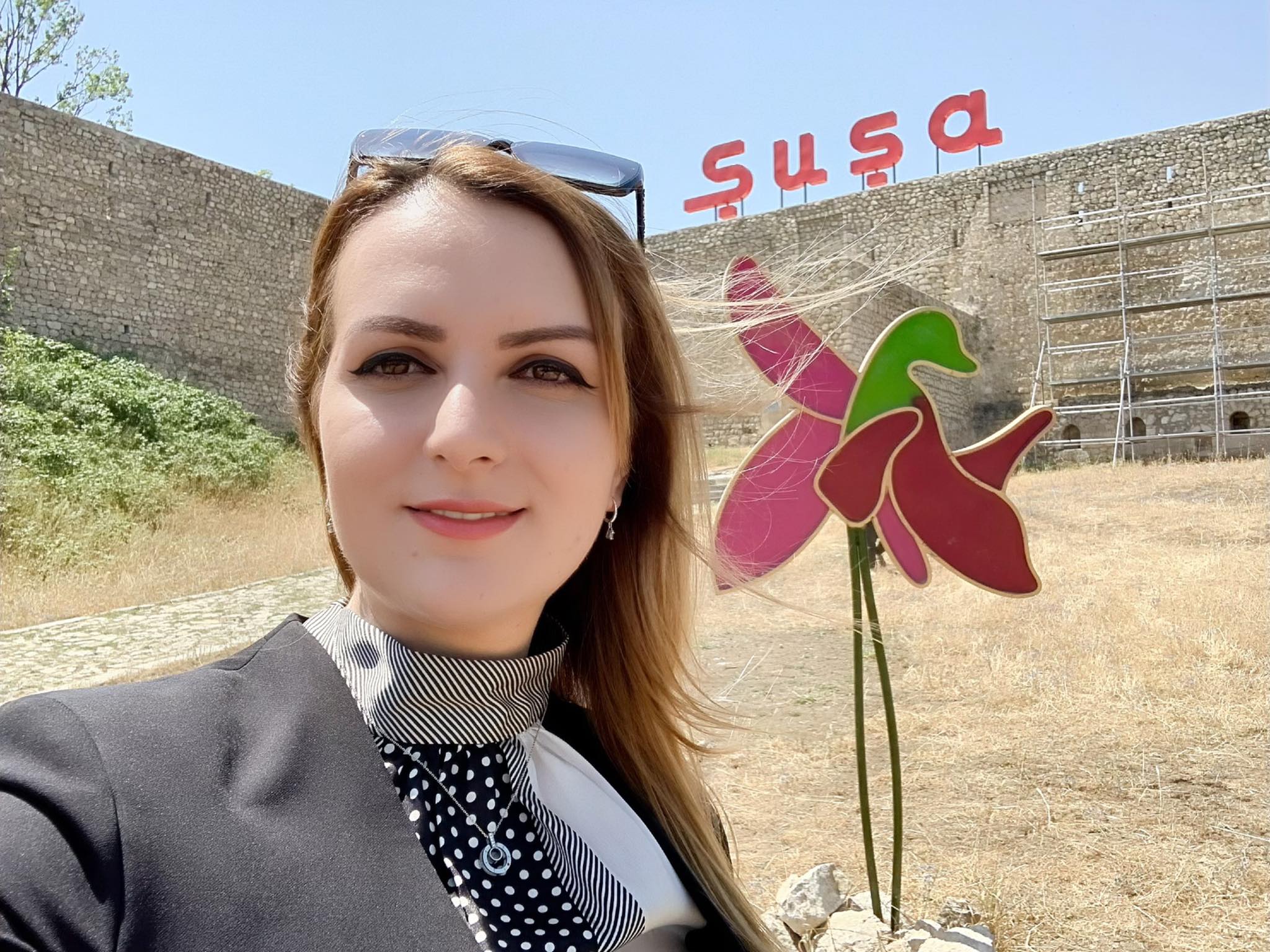 Q: Azerbaijan always supports Pakistan in the Kashmir issue and Turkey also stands with Pakistan over this point. Do you think that the establishment of trilateral cooperation among Turkey, Azerbaijan, and Pakistan in a form of a Friends Group is the need of the day?

A: Azerbaijan, Pakistan, and Turkey have continuously backed each other on various international forums on national interest matters such as Karabakh, Kashmir, and Cyprus. The trilateral format of cooperation between Azerbaijan, Pakistan, and Turkey witnessed good results in the political and defense spheres. Turkey and Pakistan supported Azerbaijan politically and morally during the Second Karabakh War and contributed to the cause of peace. Three brotherhood countries are always speaking in one voice when it comes to justice, peace, stability, and development in the regions.

The Islamabad Declaration of the Second Tripartite Meeting of the Foreign Ministers of Azerbaijan, Pakistan, Turkey, signed on January 13, 2021, marked a new era of close ties. The initiative of Azerbaijan for establishing the Azerbaijan-Pakistan-Turkey Trilateral Parliamentary cooperation platform signed in June 2021 is also imperative for regional development and economic prosperity. Three countries are preparing to hold joint military exercises of special forces of Azerbaijan, Turkey, and Pakistan to be held in Azerbaijan in September 2021.

Dynamic partnership and a number of mutual visits of high-level officials become an important element and integral part of trilateral cooperation. The formation of a “Friendship group” is an additional platform to be considered as an asset for discussion of the issues of shared interest. 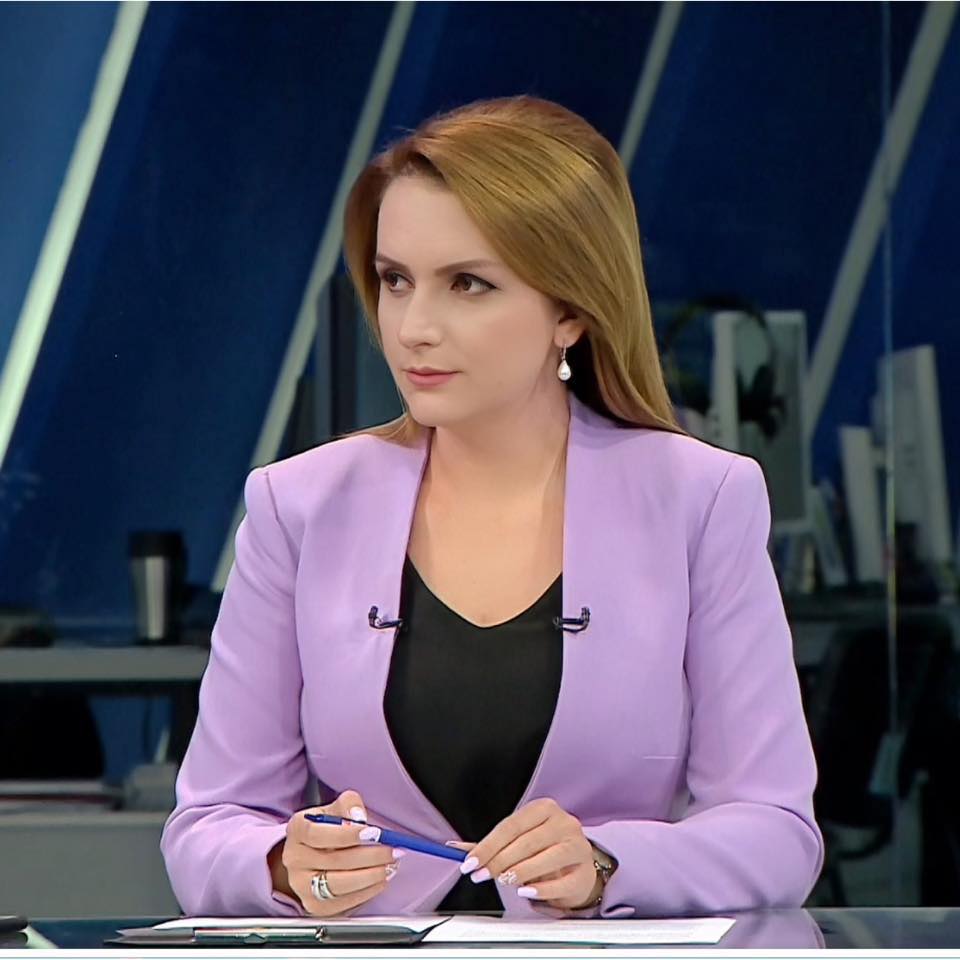 Q: Please share your views with us regarding the Azerbaijani army’s historical achievement?

A: Azerbaijani brave army liberated the lands within just 44 days that were under the Armenian occupation for almost 30 years. The huge military-political victory of Azerbaijan under the leadership of the Supreme Commander-in-Chief, President Ilham Aliyev destroyed the myth created by Armenia about the “invincibility” of its armed forces. During the 44-day war under the code-name “Operation Iron Fist” Azerbaijan’s Armed Forces demonstrating fighting spirit, and courage, and the highest professionalism, fulfilled its sacred mission to liberate the territories. This war made major changes to the doctrine of warfare. The implementation of the plan for the liberation of Shusha – the pearl of Karabakh, a city of great historical and symbolic importance for Azerbaijan, in the most difficult conditions is a brilliant page in the military history of Azerbaijan. Important to mention that all ethnic groups, living in Azerbaijan, without any division joined the Army and acted like one “Iron Fist” to restore the territorial integrity of the country. This victory and the course of hostilities will go down in history and will be studied far beyond the borders of the Republic.