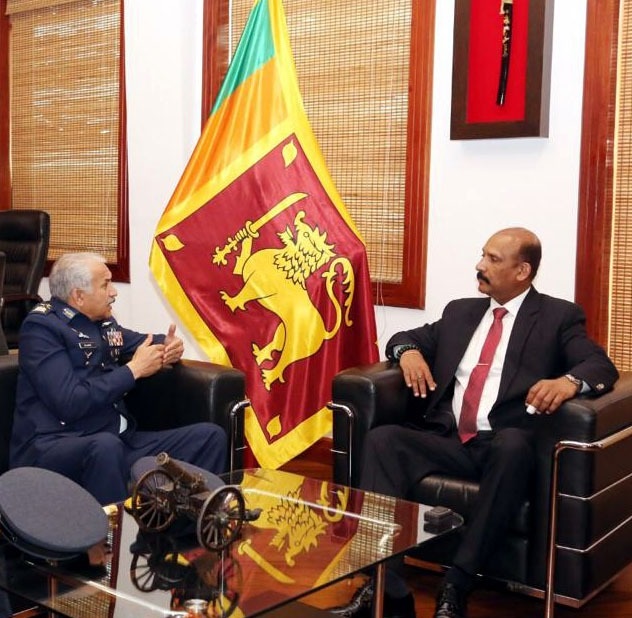 General (retd) Kamal Gunaratne also said that the Air Chief’s visit was the manifestation of the strong bond between the Armed Forces of both the Countries, especially the two Air Forces.

The Air Chief Marshal Mujahid Anwar Khan lauded the efforts of the Sri Lankan Armed Forces against terrorism, expressed the solidarity of the Pakistani nation with Sri Lanka and assured of Pakistan’s support & cooperation. He also expressed his gratitude for the hospitality extended to him during the visit.

Both the leaders agreed to further enhance bilateral cooperation especially in training and professional enhancement programs.

The Air Chief also attended a banquet dinner as a guest of honour.