ISLAMABAD, Pakistan: The National Security Adviser Lt. General (retd) Nasser Khan Janjua has said that Pakistan and Afghanistan have every reason to come close and cooperate with each other, and they need to reverse the prevailing challenging situation collectively.

Talking to a delegation from Afghanistan which led by the Afghan Deputy Foreign Minister Hekmat Khalil Karzai called on him in Islamabad on Tuesday, the adviser said that Pakistan and Afghanistan have immense potential and should complement each other to become a trade corridor by way of regional connectivity.

“Prosperity is another name of Security, we have great future but only we are delaying it,” he said. 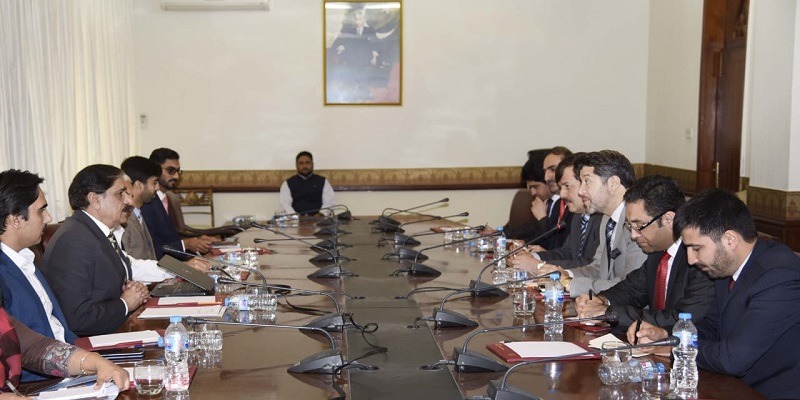 Nasser Janjua also congratulated the Afghan delegation and the Pakistani team for finalizing Afghanistan-Pakistan Action Plan for Peace and Solidarity (APAPPS), and expressed his hopes that the agreement would be instrumental for bringing both sides closer.

The Afghan deputy foreign minister said that Pakistan and Afghanistan shared many commonalities including challenges and opportunities.

Hekmat Khalil Karzai also highlighted the fact that for sustainable peace in Afghanistan, both the Countries need to work together.  He added that Pakistan has a very important role to play for regional peace and stability.  Moreover, Pakistan is not the part of the problem but solution.

The Afghan deputy foreign minister also expressed hope that after the formal finalization of APAPPS, both the Countries will be able to develop a mechanism of sustainable cooperation and will cover the gaps in the way of cordial bilateral relations.

During the meeting, both the sides reiterated that economy should be separated from politics rather economic cooperation should be given a chance to surpass political impediments.

They agreed to put more efforts to operationalize APAPPS, to take a fresh start, to bridge existing gaps, to build formal mechanism of cooperation in all areas of mutual interests and to take collective actions to strengthen trust between the two Countries.

Mati
Mati-Ullah is the Online Editor For DND. He is the real man to handle the team around the Country and get news from them and provide to you instantly.
Share
Facebook
Twitter
Pinterest
WhatsApp
Previous articleBaligh stresses establishment of more adult literacy centers
Next articleImran Khan can play important role in improving Pak-Afghan ties: Afghan Deputy Foreign Minister