Talking to the outgoing Nepalese Ambassador Sewa Lamsal Adhikari who paid a farewell call on him at the Ministry of Foreign Affairs in Islamabad on Thursday, the foreign minister said that the successful holding of the fourth round of political dialogue between Pakistan and Nepal reflects the strengthening of the bilateral ties. 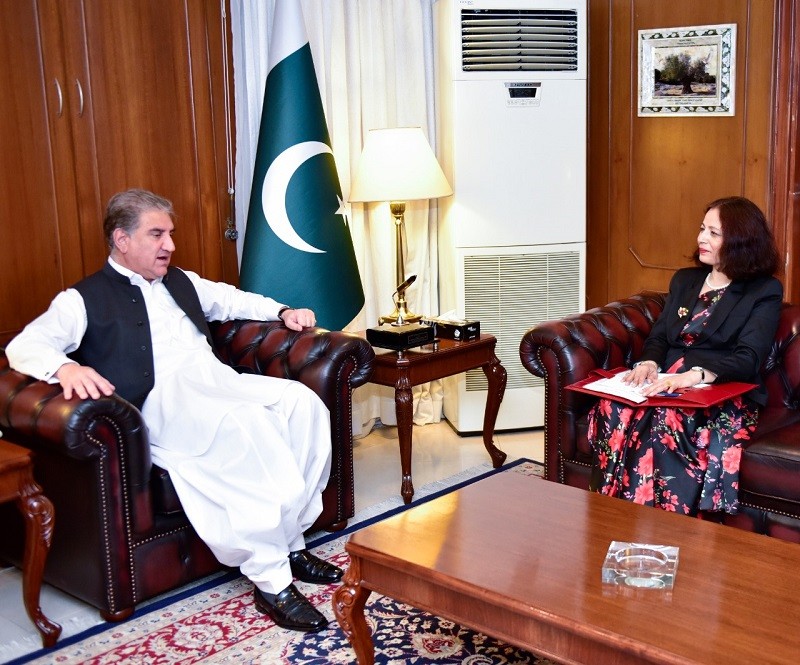 During the meeting, they discussed Pakistan-Nepal bilateral relations and matters of mutual interest including regional situation.

They also held a discussion on the promotion of bilateral trade between the two Countries.

Shah Mahmood Qureshi appreciated the services of the Nepalese ambassador for promotion of the bilateral relations.

The Nepalese ambassador thanked the foreign minister for his good wishes.