Pak-Iran ties to grow from strength to strength: Hassan Rouhani

TEHRAN, Iran: The Iranian President Dr Hassan Rouhani has hoped that the cordial relations between Pakistan and Iran will grow from strength to strength.

While talking to a Pakistani parliamentary delegation led by the Chairman Senate Mian Raza Rabbani in Tehran on Monday, the Iranian president recalled his two visits to Pakistan during past one year.

During talks, issues relating to Pakistan-Iran relations as well as the situation in the region came under discussion. 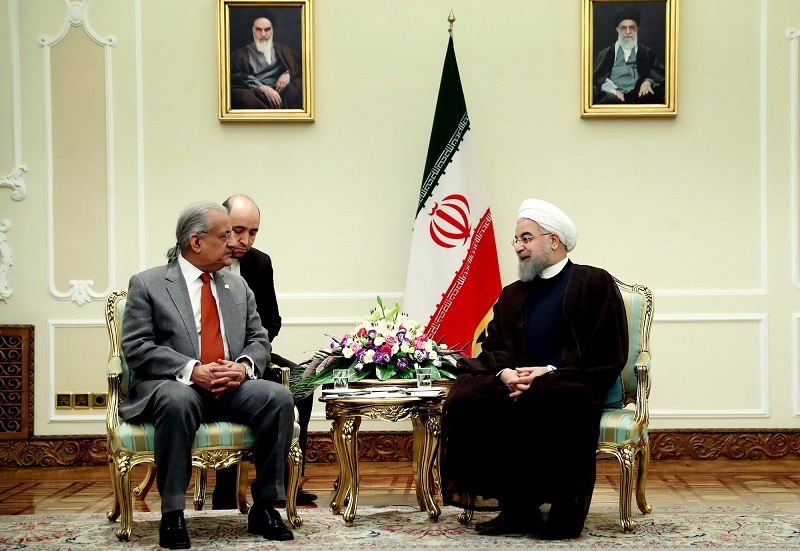 The Chairman Senate thanked Iran for its principled stand on Kashmir which was recently expressed by the Supreme leader Ayatollah Ali Khamenei.

Raza Abbasi also apprised the Iranian president about the plight of the Kashmiri people who are suffering worst kind of torture at the hands of the occupied Indian forces which is using new tactics of brutalities through use of pallet guns. He told that hundreds of innocent Kashmiris have been blinded as a result of these brutalities.

The Chairman Senate highlighted the four-point agenda which the government of Pakistan would like to pursue with Iran.

Later, the Chairman Senate left for Mashhad where he will have an overnight stay.

The Chairman Senate is in Iran at the invitation of Speaker Iranian Parliament Ali Larijani to attend the oath taking ceremony of President Hassan Rouhani.

Mati
Mati-Ullah is the Online Editor For DND. He is the real man to handle the team around the Country and get news from them and provide to you instantly.
Share
Facebook
Twitter
Pinterest
WhatsApp
Previous articleDefence of Pakistan to be made invincible: Khurram Dastgir
Next articlePakistan to work with Afghanistan for regional security, stability: PM Khaqan