ISLAMABAD, Pakistan: The up-gradation of the Torkham Border Terminal (TBT) will bring about a paradigm shift in regulating to and fro movement of passengers and cargoes besides it will have a positive bearing on the overall economy of the country in general and socio-economic uplift of local tribes in particular.

Torkham is a major border crossing between the Pakistani city of Torkham and Afghanistan, located along the international border between the two countries.

It connects the Nangarhar province of Afghanistan with Pakistan’s Khyber district of Khyber Pakhtunkhwa.

It is the busiest port of entry between the two countries, serving as a major transporting, shipping, and receiving site. 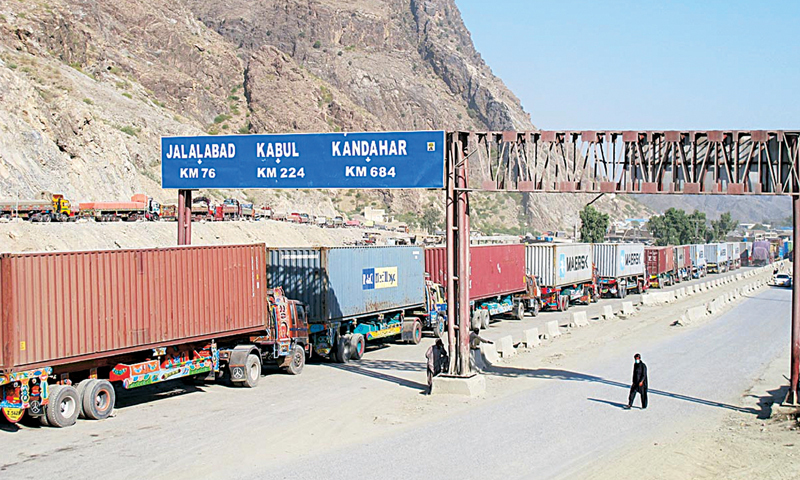 
The National Logistics Cell (NLC) is working on the mega project of up-gradation of Border Terminal at Torkham to make the terminal of international standards facility for cross border transit trade.

About 8% of work on the project has been completed since March 2019 and the project would likely be completed on the stipulated date of June 2022, which is dubbed as a backbone for trade.

Moreover, the up-gradation of the terminal would help curb the cross border movement of illegal trade, narcotics trafficking as well as the backward flow of transit trade goods to Pakistan.

However, the progress is severely hampered by serious issues regarding Land Acquisition and Resettlement Plan (LARP) for the project.

At the start of construction work, land measuring 300 kanals was handed over to NLC for construction of the import yard.

Two more pieces of land measuring 70 kanals and 14.27 kanals respectively were handed over for construction of export yard in March 20.

The client has yet to provide 94.73 kanals of land required for construction of export terminals, passenger terminal and other facilities as provided in the project design.

The nonprovision of land is likely to delay the project beyond the stipulated completion date of June 2022.

It may be mentioned here that the present setup of Border Terminal is working as per interim plan for which 132 Kanals of requisitioned land of Army was made available to NLC in December 2014.

A lease agreement for an additional 300 Kanals was signed by FBR with Khuga Khel in June 2015. As per the agreement the tribe gets Rs 600 per vehicle crossing the Torkham Border Terminal.

In this regard, NLC has so far paid a sum of more than Rs 600 million to the tribe. In addition to the monthly share, Rs 20 million is also being paid to the tribe each year with a 5% annual increase by FBR.

The NLC has also provided 85% jobs at the border terminal to the youth of Khuga Khel tribe.

Moreover, the NLC regularly undertakes social welfare projects like the renovation of educational institutions and medical camps in the area.