ISLAMABAD, Pakistan: The Senate was informed on Thursday that over Rs 22 million were spent on parliamentarians and bureaucrats for their medical expenditures abroad during the last five years.

In a written reply, the Minister for National Health Services, Regulations and Coordination Aamir Mehmood Kiyani told the Upper House that 10 persons including parliamentarians and government officers of BPS-20 and above availed the facility of medical treatment abroad during the last five years. 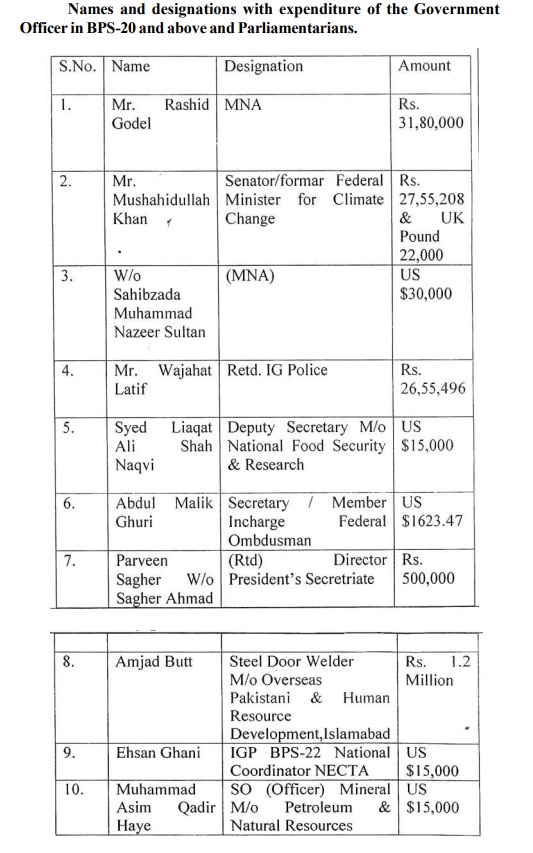 Mati
Mati-Ullah is the Online Editor For DND. He is the real man to handle the team around the Country and get news from them and provide to you instantly.
Share
Facebook
Twitter
Pinterest
WhatsApp
Previous articlePakistan values its Parliamentary relations with Japan: Speaker NA
Next articleUberPITCH broadens road to opportunity for startups