The president congratulated the outgoing ambassador on successful completion of his tenure in Pakistan and appreciated his efforts for enhancing the relations between Pakistan and the European Union. 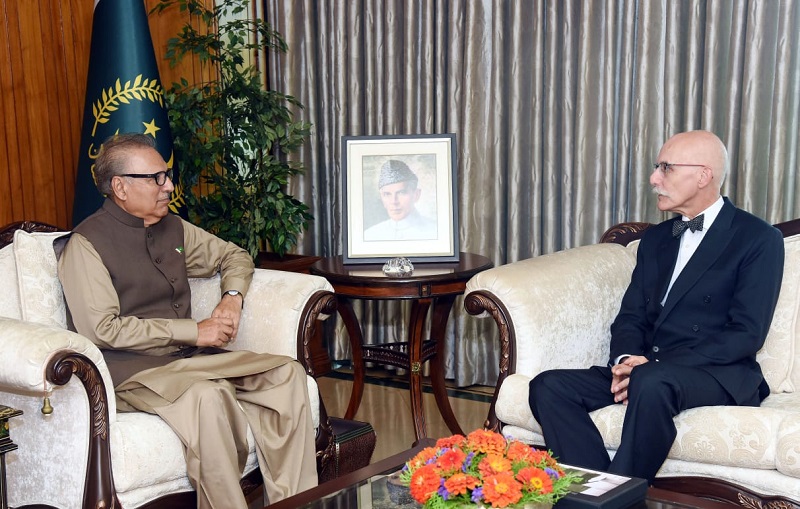 The president said that Pakistan values its relations with the European Union, which were moving in a positive direction in all spheres of cooperation.

President Arif Alvi highlighted that the current volume of trade between Pakistan and EU was not commensurate to its true potential and needed further boost.

Dr Arif Alvi said that Pakistan considered GSP Plus Scheme as a constructive engagement for the betterment of its economy and promoting its economic agenda. He appreciated EU’s assistance for development projects in rural development, natural resources management, education and human resources development.

In the end, the president wished him the best for his future endeavours.

Mati
Mati-Ullah is the Online Editor For DND. He is the real man to handle the team around the Country and get news from them and provide to you instantly.
Share
Facebook
Twitter
Pinterest
WhatsApp
Previous articlePlundered money to be recovered at all cost: Firdous Ashiq Awan
Next articlePresident briefed on Tablet Based Price Data Collection System by PBS