In his farewell interaction with media representatives – both formally and informally – in Rawalpindi on Thursday, Major General Asif Ghafoor was full of praise for the media as it helped Pakistan army vigorously with its responsible reporting.

The director general ISPR said that in last two decades, Pakistan fought a war against terrorism for its survival, and in which media’s role was all praise worthy.

Referring to his tenure as the DG ISPR, Major General Asif Ghafoor said that each and every word of a military spokesman always remains in adherence to a policy. He said that it’s an honour for him if India is pleased over his posting.

“I am grateful to the media for its assistance, as well as to the people particularly the youth on social media,” he said.

Talking about the boasts made by the Indian Prime Minister Narendra Modi saying that India can defeat Pakistan in less than 10 days, Major General Asif Ghafoor said that Pakistan’s armed forces will always surprise you (India). He said that it’s not a matter of 7 or 10 days; rather, it relates to the war’s repercussions.

The DG ISPR said that they had already told India that you would initiate a war but it would be us who would finish it. However, he maintained that Pakistan’s civil and military leadership is desirous of peace in the region. Therefore, he added that the Indian leadership also must be cognizant of the significance of lasting peace in the region. 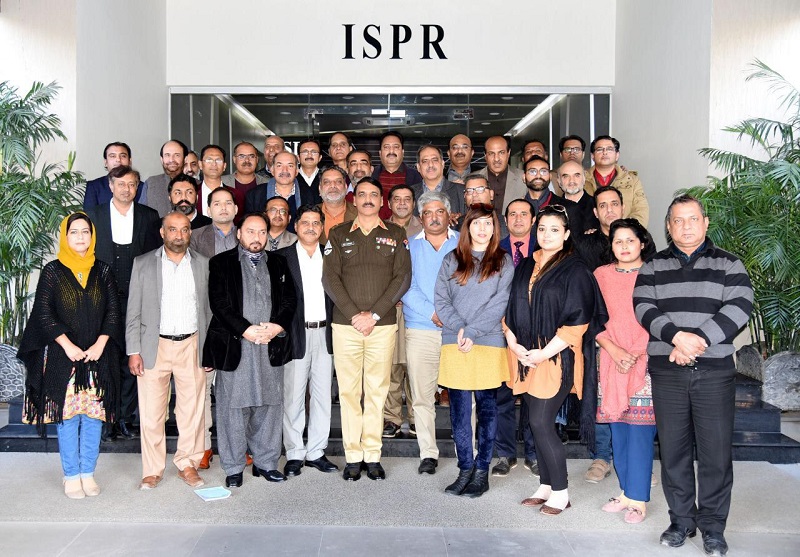 Furthermore, the DG ISPR urged the Indian leadership to halt its repression in the Occupied Jammu and Kashmir, cautioning that rages in Kashmir may engulf the entire region.

The outgoing director general ISPR said that under the Bajwa doctrine, national security and regional peace will be ensured at all costs and no compromise will be made on it.

Mati
Mati-Ullah is the Online Editor For DND. He is the real man to handle the team around the Country and get news from them and provide to you instantly.
Share
Facebook
Twitter
Pinterest
WhatsApp
Previous articleLeaked Photos of Moto G Stylus surfaced the internet
Next articleTehran ready for dialogue with Saudi Arabia: Iranian Envoy