ISLAMABAD, Pakistan: The delegation of OPPO Pakistan led by the CEO George Long met the Federal Minister for Industries and Production Makhdoom Khusro Bakhtiar at his office in Islamabad on Wednesday.

During the meeting, the CEO OPPO Pakistan apprised the minister that OPPO, a leading smartphone manufacturer & innovator, is planning to upgrade its assembly plant to a manufacturing plant in Pakistan. 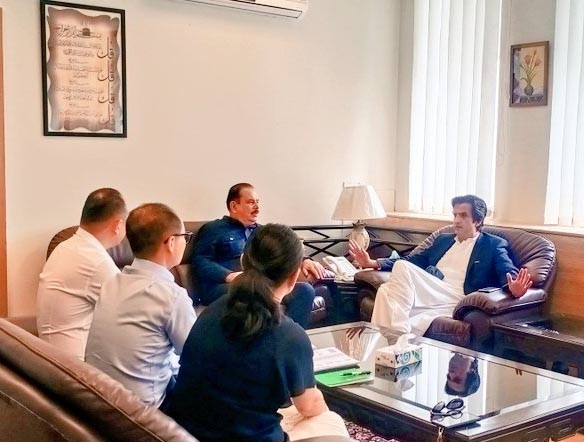 George Long highlighted that his company is also aiming to establish an R&D Center for transfer of technology and skill development of IT professionals in Pakistan.

While welcoming the announcement of OPPO Pakistan, the minister said that the government of Pakistan’s investment-friendly policies have improved the business ecosystem in Pakistan.

The minister said that local manufacturing of mobile will keep prices under control for local customers of mobile phones but it will also enable expansion of the mobile phone industry to become a bigger player in the economy.

Khusro Bakhtiar said that this growth would result in the creation of numerous employment opportunities within the industry as well as associated industries in the Country.