OPPO Launches F19 Pro in a Stylish Night in Pakistan

Starring Asim Azhar and Maya Ali as show stoppers, the OPPO Fashion show was a huge hit – a night full of fun and glamour. OPPO unveiled its F19 Pro and Band. With the fun-filled OPPO Stylish Night, the brand has set yet another benchmark in the smartphone industry. The launch went live on OPPO’s official social media channels at 8 PM. 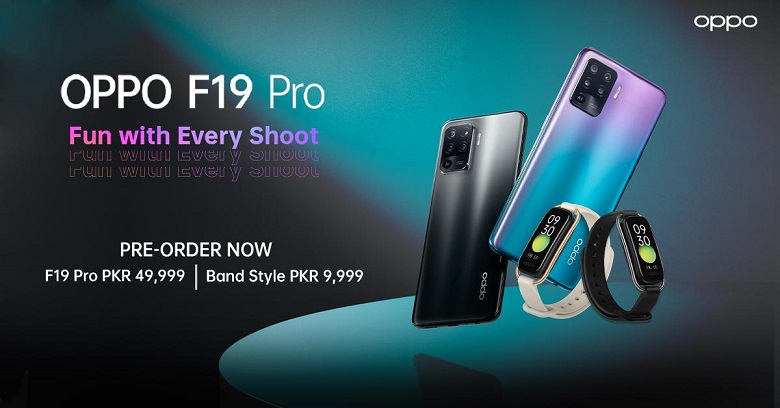 “F Series is well recognized among trendsetters as a phone that’s tailored to enhance their love for life and ambitions at work, but also represents their personal style. In addition, it brings out the creativity in its users with new video capturing features that put the power of expert video productions in the palm of your hands,” said George Long, OPPO AED CEO.

Fun with the Camera

AI Color Portrait Video is getting an upgrade on F19 Pro and can now also be used to capture beautiful videos. Like its photography variant, AI Color Portrait Video works by recognizing the person in the video shot with F19 Pro and can intelligently distinguish the person from their background. The person in the shot is then highlighted with enhanced and bright colors, while a monotone black or white filter is applied to the background to ensure that the subject of the portrait stands out.

Finally, for vloggers or people that rely on their phones to record their daily lives, OPPO is introducing a new way to capture two perspectives at once. Dual-View Video records footage from the front-facing and rear cameras simultaneously. Recording the headline act of a concert with the rear camera, while immortalizing the excitement in your face as the beat drops ensures that this video shared on social media will be a hit with friends.

F19 Pro features a set of 48MP Quad Cameras with the main event its 48MP main camera. To add depth to your photos and videos, the main camera works in concert with an 8MP ultra wide-angle camera, 2MP macro camera and 2MP mono camera. Of course, selfies are just as important to users, so the other side of the phone is accented by a 32MP front-facing camera.

F Series known for its ultra-slim design concept and F19 Pro is no different. With this generation, you’ll experience convenience thanks to a 7.8mm Ultra Slim Body weighing only 172g, and rounded out with a 3D curved battery cover. Of course, we can’t forget about OPPO F19 Pro’s dazzling 6.43-inch hole-punch Super AMOLED display.

It will come in two colors including Fluid Black, Fantastic Purple. Of these two colors, you’ll also get the phone in 8GB RAM + 128G storage. 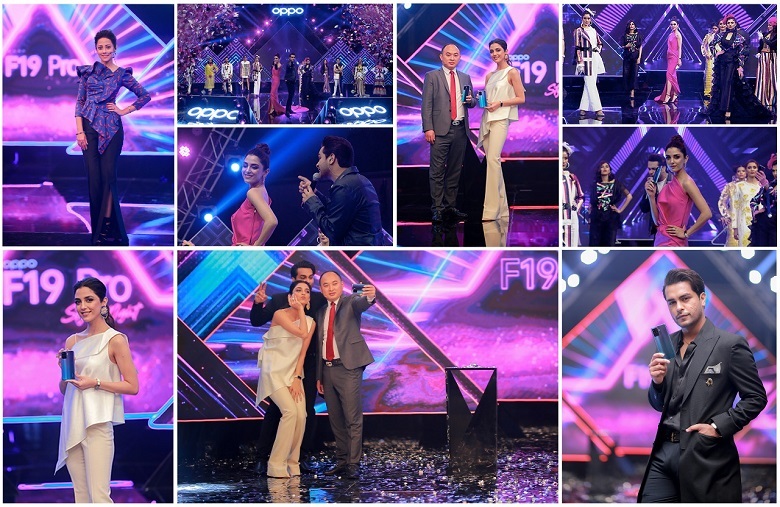 Fun Fast with a Phone You’ll Use Longer

System Performance Optimizer is OPPO’s proprietary technology, which offers a suite of ten optimization features and ensures that your phone runs at optimal performance to ensure that it runs smoothly without lag for a longer period of time. Under the hood, F19 Pro runs at optimal performance thanks to its powerful MediaTek Helio P95 Octa-core Processor. This runs on 2 ARM Cortex-A75 Prime Cores that operate at up to 2.2GHz.

OPPO F19 Pro is available starting March 21, 2021 for pre-booking on OPPO’s official website. Customers now have the ability to book the smartphone directly from their dealers as well.

A few lucky winners will get a chance to get their OPPO F19 Pro signed by Asim Azhar and Maya Ali.