Only Commercial Vehicles with M-Tag to ply on Motorways

With the construction of Motorways network across the Country, certain initiatives including the introduction of M-Tag for Commercial Vehicles plying on Motorways are being undertaken as well, aimed at facilitating the commuters and avoiding unnecessary long queues at toll booths.

Stretching over 4,000 kilometers across Pakistan, Motorways have been playing an anchor role in Country’s economic progress since their various phases became operational.

Initially NADRA-controlled E-Tag facility was brought in with the issuance of RFID Stickers and introductions of separate E-Tag Lanes on Motorways. However, E-Tag is now being replaced with M-Tag under the initiative of Frontier Works Organization (FWO). 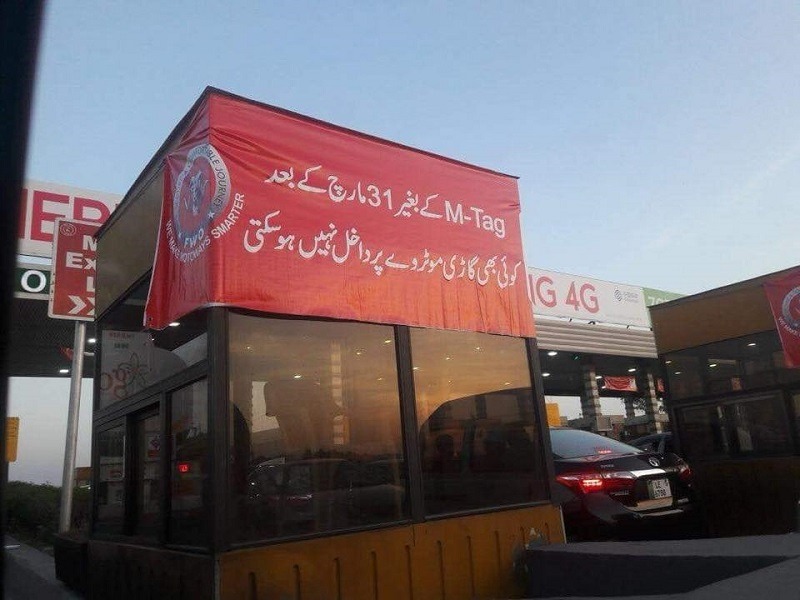 As per FWO Officials, right now M-Tag has been declared compulsory for Commercial Vehicles only but later on, Private Vehicles will also have to follow the same procedure.

The Commuters have lauded the M-Tag initiative on Motorways, saying that it would not only halt the occurrence of long queues of heavily loaded vehicles at toll booths but it would also help capture vehicles – stolen or used for nefarious activities.

Earlier in February 2018, the National Assembly was informed that the federal government would establish Emergency Response Centres at every 40-kilometer distance of Motorways across the Country, aiming at to provide prompt treatment facilities to commuters and accident victims.

The House was informed that Prime Minister Shahid Khaqan Abbasi had accorded approval to the project, and the physical work on establishing the Emergency Response Centres would be started from mid-March.

Mati
Mati-Ullah is the Online Editor For DND. He is the real man to handle the team around the Country and get news from them and provide to you instantly.
Share
Facebook
Twitter
Pinterest
WhatsApp
Previous articleNature of threats is changing with technological revolution: Ahsan Iqbal
Next articleCriticizing institutions will be harmful for Country: Khursheed Shah