OIC should nominate Lahore as Tourism City for 2019: MD PTDC

TABRIZ, Iran: The Managing Director Pakistan Tourism Development Corporation (PTDC) Chaudhry Abdul Ghafoor Khan has stressed that Lahore City of Pakistan should be nominated as OIC City of Tourism for the year 2019.

In the meeting with the Vice President of Islamic Republic of Iran Ali Asghar Moonesan as he visited Iran to attend the official celebration of Tabriz City nominated by the Organization of Islamic Conference (OIC) for the year 2018, the managing director PTDC said that it is delightful to see Tabriz as OIC City of Tourism for 2018.

The managing director said that the strengthening of relations between Pakistan and Iran is evidence that whole Muslim Ummah is united as one body. 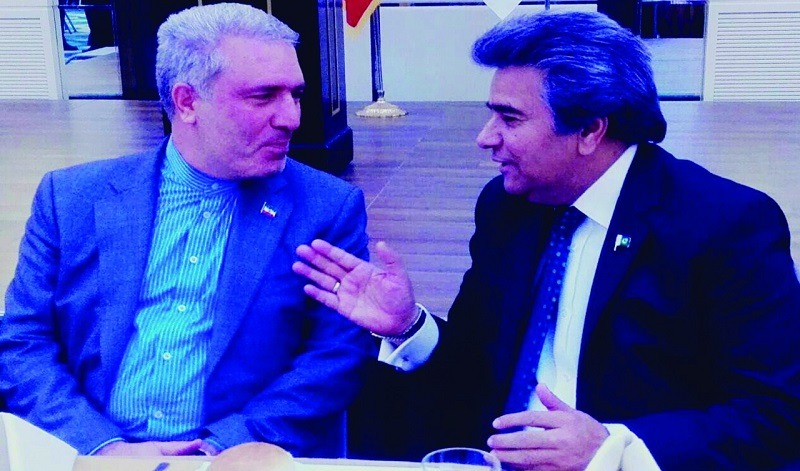 Chaudhry Abdul Ghafoor said that the efforts of the OIC to promote tourism in Muslim Countries are delightful, due to which people of the Muslim Brotherhood will get the opportunity to get closer.

Under the OIC, Muslims can project soft image of our religion and show the World that Islam gives lessons of peace and patience and concept of terrorism does not exist in Islam, he said.

The managing director PTDC said that terrorism in the name of Islam has nothing to do with our religion. He said that tourism is the only sector after foreign affairs that can play its role in bringing people of different nations much closer to each other.

The Iranian vice president said that long-term relations between Pakistan and Iran are increasing and there are many projects like Chahbahar and gas pipelines, the cooperation of both Countries is ideal.

Ali Asghar Moonesan said that the Iranian government will explore the possibilities to invest in tourism and cultural projects in Pakistan. He said that tourism cooperation will also increase cultural relations and improve the economy.

Mati
Mati-Ullah is the Online Editor For DND. He is the real man to handle the team around the Country and get news from them and provide to you instantly.
Share
Facebook
Twitter
Pinterest
WhatsApp
Previous articlePM Khaqan stresses Pak-Kazakh enhanced economic ties
Next articleBaligh reiterates govt’s commitment to enhance literacy rate in Pakistan