Officials responsible for firing on people in Parachinar shall not be spared, says COAS Gen Bajwa

Officials responsible for firing on people in Parachinar shall not be spared, says COAS Gen Bajwa

Parachinar, Pakistan: The Chief of Army Staff (COAS) Gen Qamar Bajwa has said that firing by Frontier Constabulary (FC) on people is being inquired and responsible persons shall not be spared.

General Qamar Javed Bajwa while meeting with local tribal elders and representatives of sit in here on Friday said that  firing by FC troops while handling mob situation post blast is (was) being inquired and those responsible shall not be spared. He added that FC commandant has (had) already been changed.

COAS maintained that four persons who lost their lives due to FC firing and people who were injured due to firing have been given separate compensation by FC.

“Pakistan Army shall continue its efforts to bring back normalcy in the country. Threat continues to reside across the border in Afghanistan with Islamic State also known as Daesh gaining strength there. We need to remain united, steadfast, prepared and vigilant against this threat which has an agenda of exploiting sectarian fault-line. Our security forces are symbol of national integration so is our security apparatus; we are one nation”. Also, a greater Pak-Afghan border coordination and security cooperation is required in this regard”, COAS remarked. 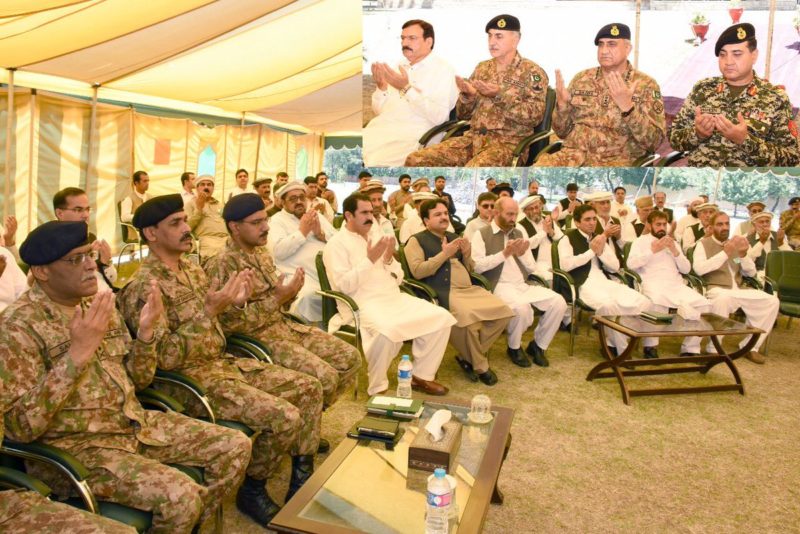 Army Public School Parachinar is named after Maj Gulfam Shaheed and it will be upgraded to Cadet College in due course.