According to Social media Reports, The official Instagram account of former Prime Minister and Chairman Pakistan Tehreek-i-Insaf Imran Khan has reportedly been hacked. 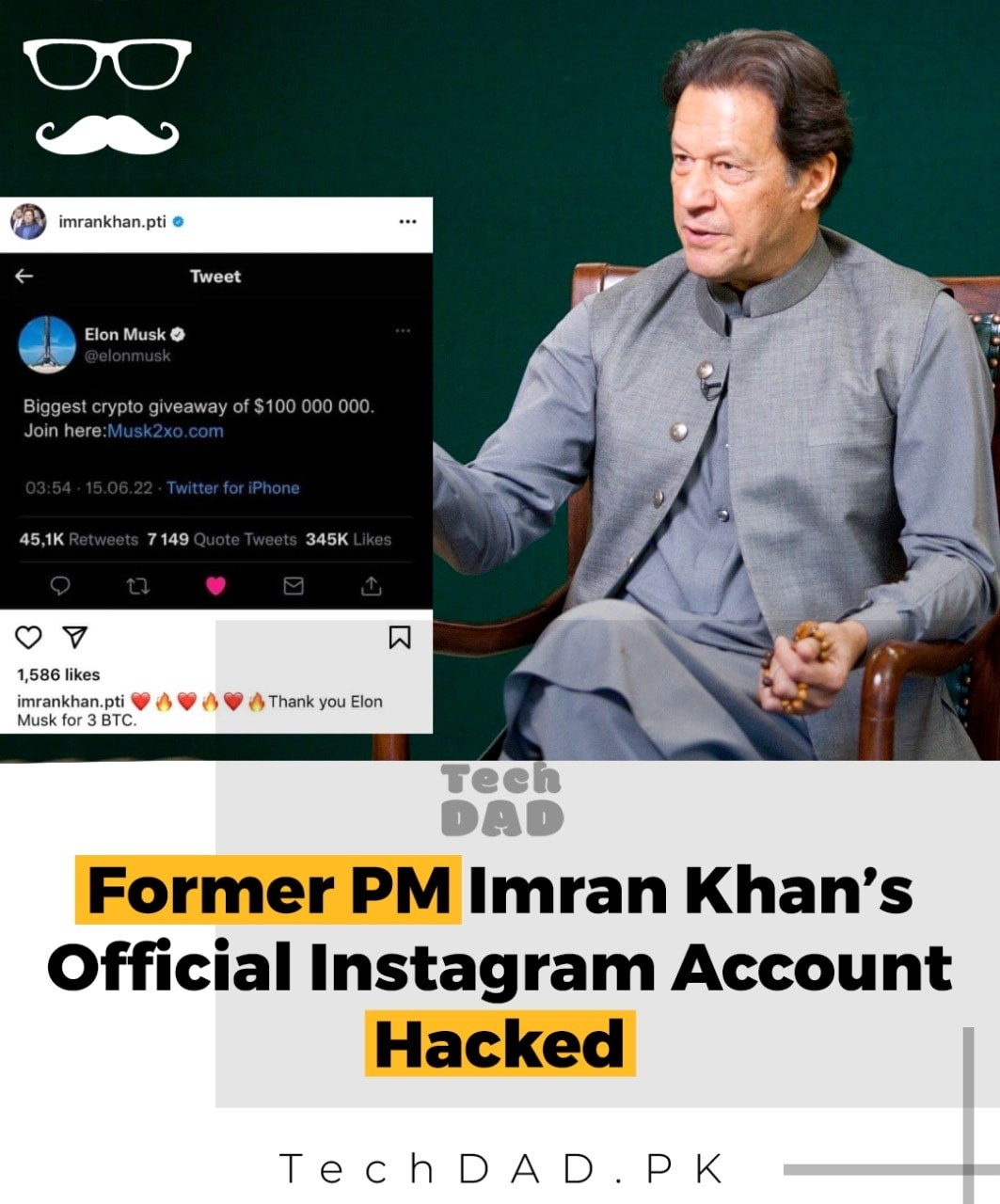 According to the details, a screenshot of Elon Musk’s Tweet, founder of SpaceX and Tesla and cryptocurrency enthusiast, has been shared from the account of the former premier.
PTI has not yet issued any official response. Meanwhile, Imran Khan’s followers are advised not to interact with any uncharacteristic posts.
The screenshot of the same Elon Musk Tweet is being shared on and off by Imran Khan’s official account.
Update: Seems like that the account has been restored for now!
Advertisement