The global broker OctaFX joined efforts with Association for Women’s Awareness and Rural Development to provide emergency aid to 250 families of the flood-hit Taunsa between August 15 and September 14, 2022. 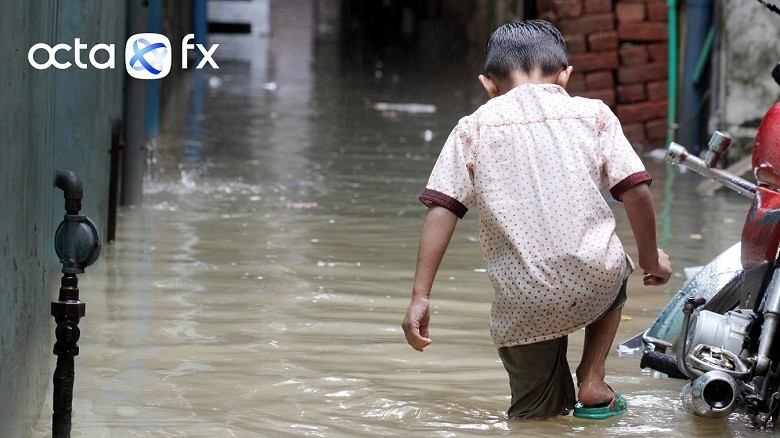 The unprecedented flooding has already cost the lives of more than 1100 people, affecting at least 33 million—one-seventh of the country’s population—according to UN estimates. With more than 700,000 heads of livestock swept away and 3.6 million acres of crops wiped out, Pakistan is already facing food shortages and soaring prices.

In the Taunsa Tehsil, eight mauzas (villages) were badly hit by the disaster. The flood destroyed up to 8000 houses, submerging the area under 5–6 feet of water. The locals and the government are evacuating people from the district and providing them shelter in the nearby schools and government camps.

To combat the devastating effects of the ongoing flooding, AWARD prepared an emergency aid plan for distributing food packages to 250 families from the eight affected villages. The packages include essential food items such as rice, flour, tea, biscuits, sugar, cooking oil, grains, and clean drinking water.

‘When we heard about the disaster, we instantly tried finding ways to help those who suffered from the flooding in Pakistan. Our long-standing partner AWARD proposed an emergency plan to provide aid to those who lost their homes and livelihoods. Immediately we started cooperation, hoping to alleviate the dire situation 250 families—approximately 1500 people—found themselves in,’ the OctaFX press office commented.

Mati
Mati-Ullah is the Online Editor For DND. He is the real man to handle the team around the Country and get news from them and provide to you instantly.
Share
Facebook
Twitter
Pinterest
WhatsApp
Previous articleHaniya Minhas bags three honors at Little Mo Internationals 2022
Next articleSECP registered 2,362 new companies in August 2022