‘Indeed we belong to Allah, and indeed to Him we will return.’ Those are the ones upon whom there are blessings from their Lord, and mercy as well, and those are the ones who are on the right path.—–The Quran 2:155–157

Arif Nizami Sahib left this mortal world on July 21, 2021, and he returned to Allah to whom we belong.

I met Arif Nizami Sahib in February 1988 when I was a student in Government College Lahore (GCU) and was working part-time in PPI News Agency. My teacher of French language in Government College Javed Nazeer offered me to join the daily ‘The Nation’ that was launched by Arif Nizami Sahib. M.A Niazi and Javed Nazeer made my meeting possible with Arif Nizami as the Nation was finding young but energetic Reporters. The meeting was brief and successful and Arif Nizami Sahib hired me as City Reporter and Lower Court Reporter. I joined ‘The Nation’ on April 10, 1988, after completing my six-months training in PPI News Agency as Crime Reporter.

On the first day of my joining, Arif Nizami Sahib told me something that I still follow and remember and understand more than words. He told me:

“Agha Sahib you must respect your colleagues, be a hard-working worker, and never indulge in negativity if you wish to stay in journalism. Remember your source (contact for information) is more precious than your job so you must protect your source if any adverse situation arises. Politicians and powerful people have a complex and tricky relationship with journalists and remember if a horse gets friendship with grass then he will die with hunger”.

Arif Sahib had been a beacon of light, a humble but cunning master, and a teacher available whenever I needed guidance. He always protected his team so a Reporter like me had been working under his command fearlessly. However, he was always concerned about the well-being of his team members. Once he told that “Only live Reporter can file a story” when I was investigating the murder of a young journalist Waseem who was allegedly killed by a member of the Parliament for exposing his narco business. This was a time when drug cartels selling heroin and converting the money into real estate for whiting their drug money as a throbbing activity. Anti-Narcotics Task Force (ANTF. Established in December 1991) and Anti-Narcotics Force (ANF. Established February 1995) were yet to be established therefore the local police were the focal point for controling drugs and terrible collaboration of police and drug mafia was playing havoc in the society.

Reporting against the drug mafia was inviting death for journalists. In those circumstances, Arif Sahib was always concerned about the well-being of his team’s lives like a father. My stay under Arif Sahib’s command in daily ‘The Nation’ taught me lessons that never trust one source and triple check information before you file your story; never share sensitive storyline with anybody before you file because leakage of information can harm your life but once a story is published then you are better safe.

One more lesson that I learnt from Arif Sahib was that gathering knowledge about all dimensions of investigative stories and habit of reading and knowing rules, laws, and bylaws of the department you are covering as Beat Reporter. His guidance had always been with me even after leaving daily ‘The Nation’ and he was just one phone call away whenever I needed guidance or support in my professional life.

When I was informed that Arif Sahib is in critical health, I came to Lahore from Islamabad to see him in hospital and I saw a lean man on a bed with several wires fixed on his body—- For me, this scene was unbearable because Arif Sahib is (was) not only a teacher of master rather a part of myself. 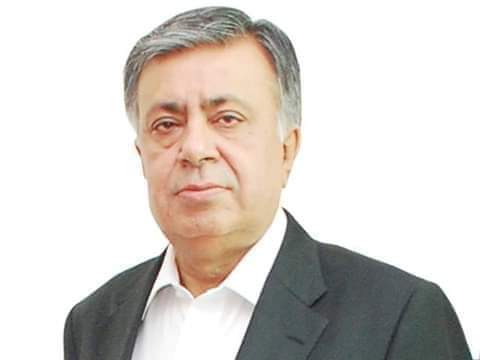 “Come, let us return to the LORD. For He has torn us to pieces, but He will heal us; He has wounded us, but He will bind up our wounds”.

Born on October 14, 1948, he lost his legendary father Hameed Nizami Sahib at the age of 14 and he had his life full of critical events but he was a great survivor and never stopped. He has left a legacy of honesty, dedication, hardworking and fearless journalism. He was a master of Art of Survival against all odds.

Arif Sahib is no more around us but he shall always stay with me and his guidance shall continue I believe because people like Arif Sahib never die and their presence is always around for students like me. Arif Sahib I will never miss you because you will always remain around me. Good Bye Arif Sahib