Number of unemployed persons in Pakistan at present

According to the latest available Labour Force Survey (2017-18), the total unemployed persons in Pakistan are 3.79 million out of the total labour force of 65.5 million, depicting an unemployment rate of 5.79%.

Year-wise data on total labour force, total unemployed persons and unemployment rate from the year 1990-91 to the year 2017-18 is given below: 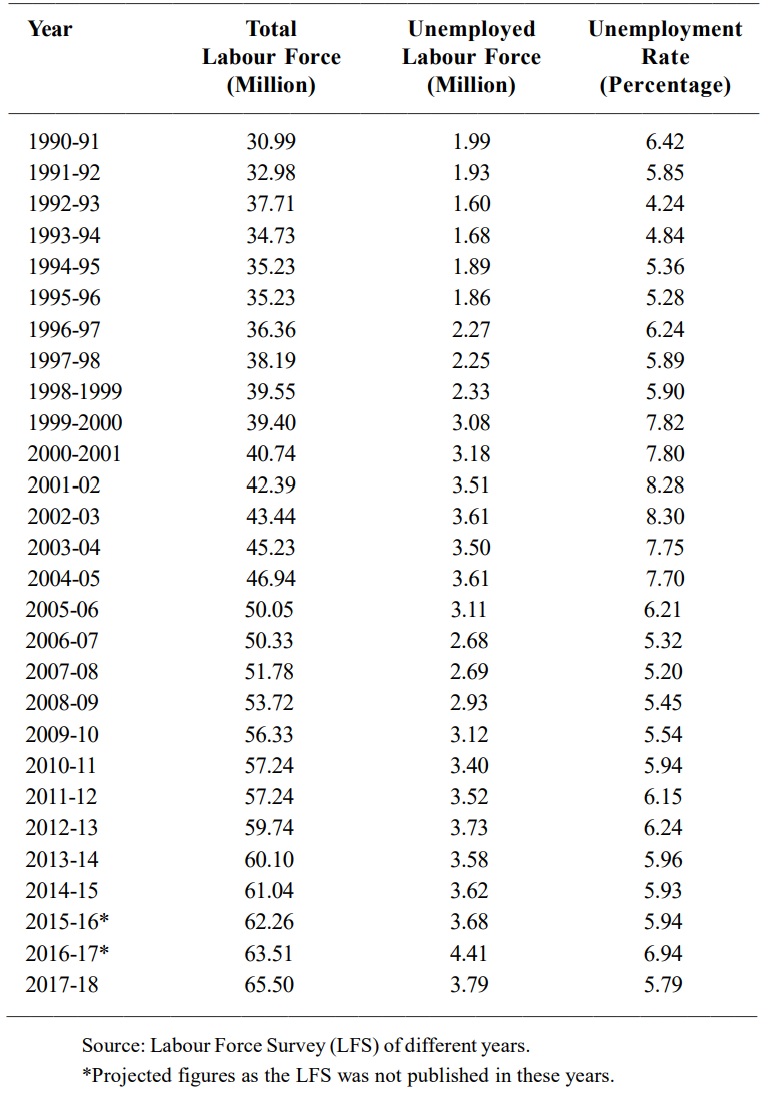 Note: The above data was submitted in the National Assembly by the Minister for Planning, Development and Special Initiatives Asad Umar on February 14, 2020 in a written reply to a question asked by the Pakistan Muslim League-Nawaz (PML-N) lawmaker Chaudhry Muhammad Barjees Tahir.

Responding to another question asked by Ali Khan Jadoon of Pakistan Tehreek-e-Insaf (PTI), Asad Umar told the House that the Chinese Companies have not given any loans to the government of Pakistan; however, the Chinese government has provided the loan for the following projects:

The following three kinds of loan modes have been used for the execution of the China Pakistan Economic Corridor (CPEC) projects:

Furthermore, the Eastbay Expressway project worth US$ 179 million is an interest-free loan.

The minister further told that the composite interest rate of all CPEC loans is approximately 2.4%, and the loans are for a tenor of 20 years with a grace period of 5 to 7 years.

Mati
Mati-Ullah is the Online Editor For DND. He is the real man to handle the team around the Country and get news from them and provide to you instantly.
Share
Facebook
Twitter
Pinterest
WhatsApp
Previous articleCGSS signs MoU with APP for cooperation
Next articlePakistan-Kyrgyzstan Joint Ministerial Commission meeting to be held in Bishkek on February 17-18