ISLAMABAD, Pakistan: Journalist Panel kept its over a decade-old winning streak intact and comprehensively won the NPC Election 2018 held on January 13 with Tariq Mehmood Chaudhry and Shakeel Anjum having been elected as President and Secretary respectively.

Except the Office of Finance Secretary, Journalist Panel won the election held for all other Offices including the Vice Presidents and Joint Secretaries.

However in the wake of death of senior journalists Abdul Wahid Baghi and Mamoona Arif, victory celebrations were merely reduced to Journalist Panel’s supporters gathering and exchange of greetings. 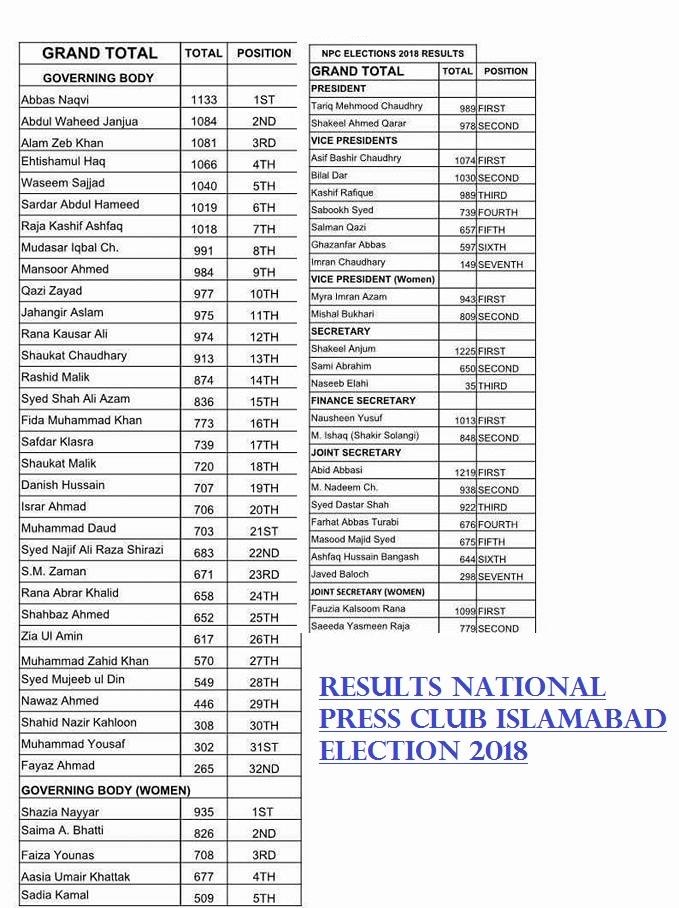 Meanwhile, the newly Elected Body of National Press Club held its first meeting in the Committee Room at NPC on Sunday. The newly elected members specially Finance Secretary Nausheen Yousaf was warmly welcomed in the session.

They extended warmest felicitation on their success, and said that their election was a manifestation of confidence of Journalist Fraternity reposed in them. They expressed their hope that the newly elected NPC Office Bearers would work for welfare of the Journalist Community and freedom of press which essential for strengthening democracy in the Country.

They also hoped that the new NPC leadership would strive to resolve problems of the Journalist Community.

Mati
Mati-Ullah is the Online Editor For DND. He is the real man to handle the team around the Country and get news from them and provide to you instantly.
Share
Facebook
Twitter
Pinterest
WhatsApp
Previous articleSenior journalist and anchorperson Iftikhar Ahmad receives life threats
Next articleCareem announces launch of operations in Iraq