TEHRAN, Iran: The Iranian Vice President Eshagh Jahangiri has expressed Iran’s readiness to enhance relations with Pakistan in all fronts, and said that “Nobody can disturb the existing good relations.”

Talking to the Federal Minister for Defence Production, Science & Technology Rana Tanveer Hussain in Tehran, Eshagh Jahangiri said that Iran and Pakistan have a lot of capacities in the defense industry, emphasizing that Iran and Pakistan should resolve bilateral issues quickly and move towards the development of relations.

“Iran sees no restrictions on the development of defense and military cooperation with Pakistan, and the visit made by high ranking military officials of the two Countries in recent years has indicated a determination to enhance the level of such cooperation,” Jahanigiri said. 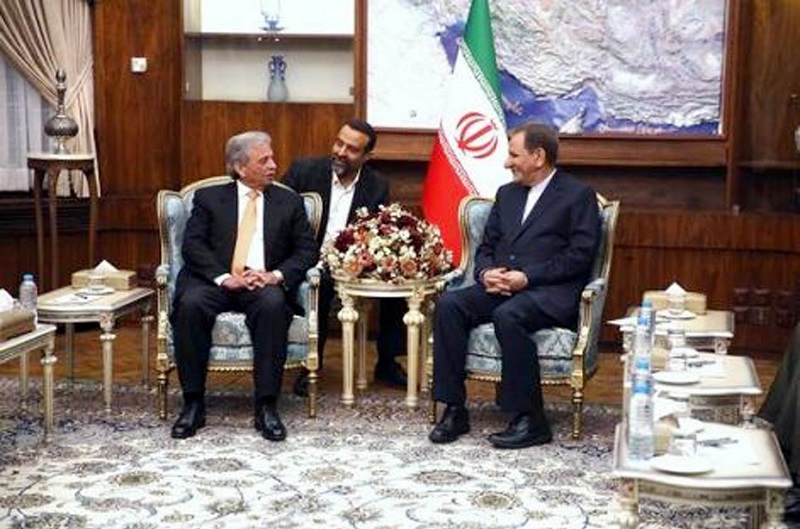 Referring to talks with Iran defense minister, Rana Tanveer Hussain, for his part, said “In those talks, a mechanism was developed for the development of joint cooperation in the defense and science and technology sectors, and I hope that we will see an increase in the level of cooperation between the two countries in different sectors.”

Rana Tanveer described the Islamic Republic of Iran as a brotherly and friend country for Pakistan, pointing out the great commonality between the two nations.

“Iran and Pakistan share a lot of cultural and religious affiliations, and geographically have a long shared border,” the minister said.

Mati
Mati-Ullah is the Online Editor For DND. He is the real man to handle the team around the Country and get news from them and provide to you instantly.
Share
Facebook
Twitter
Pinterest
WhatsApp
Previous articlePakistan taking all possible steps to improve healthcare infrastructure: Mamnoon
Next articleCOAS confirms death sentence of 10 hardcore terrorists