No one can affect Pak-Iran brotherly relations: Hassan Rouhani

TEHRAN, Iran: The Iranian President Hassan Rouhani has said that both Pakistan and Iran are committed to make their bilateral relations stronger, and added that no one can affect their brotherly ties, the Dispatch News Desk (DND) news agency reported.

While addressing a Joint Press Conference at Saadabad Palace in Tehran on Monday following delegation-level talks between Pakistan and Iran, Hassan Rouhani said that we had a conversation regarding security matters on borders.

The Iranian president said that we have agreed upon forming a joint force to deal with security matters on borders.

Rouhani also said that i had a constructive conversation with Prime Minister Imran Khan on mutual relations.

Imran Khan said that the reflection of social equality is visible in the Iranian society.

The prime minister said that the issue of terrorism is a challenge for both the Countries. He said that Pakistan is the most affected Country from terrorism, adding that our forces are laudable for dealing efficiently with terrorism. 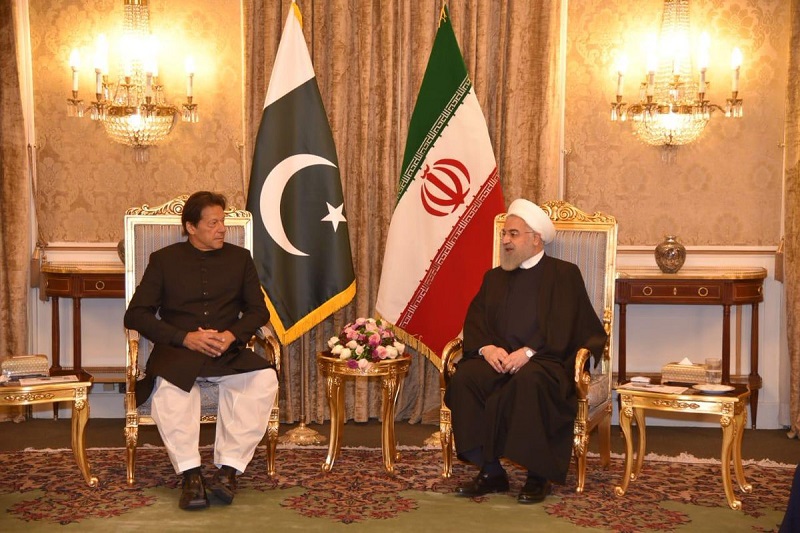 In the delegation-level talks, both Imran Khan and Hassan Rouhani led their respective sides, and discussed the entire spectrum of Pak-Iran bilateral relations and ways to further bolster their relations in diverse fields.

Earlier, the two leaders held one on one meeting and discussed bilateral relations and the regional situation.

Mati
Mati-Ullah is the Online Editor For DND. He is the real man to handle the team around the Country and get news from them and provide to you instantly.
Share
Facebook
Twitter
Pinterest
WhatsApp
Previous articleMédecins Sans Frontières remains committed to serve needy people across Pakistan
Next articlePakistan condemns continuing detention of Yasin Malik by Indian forces