Lahore, Pakistan: The Opposition in Punjab Assembly has moved No Confidence Motion against CM Punjab Usman Buzdar with 127 signatures. In the motion, Speaker Punjab Assembly Ch. Pervaiz Ellahi has been asked to fix a date for voting on the motion as according to Opposition, the CM has lost the majority in the House (Assembly).

We the members of PMLN and PPP hereby give notice under Article 136 of the Constitution read with Rules 23 of the Rules of Procedure Provincial Assembly of the Punjab 1997 for following no-confidence resolution against Chief Minister of Punjab,” the notice read.

It may be remembered that PTI has 183 seats in Punjab Assembly while the total number of other parties is less than the figure of 183. Motion can only be successful if over 15 PTI members of the Punjab Assembly leave their party and join the opposition. 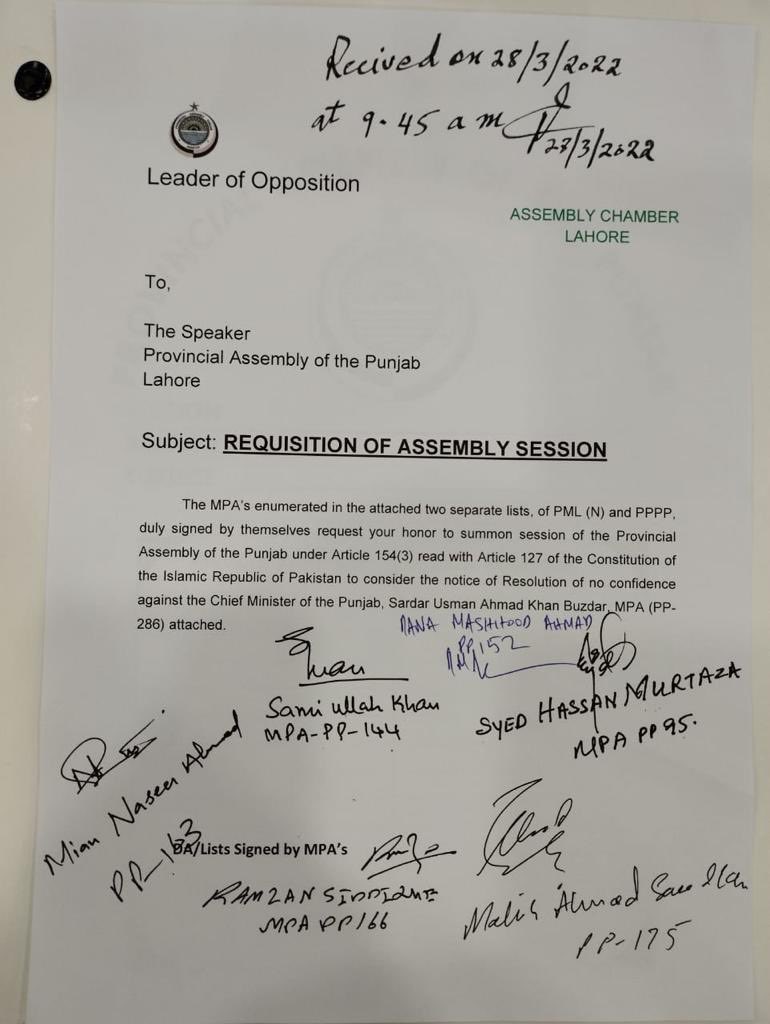