Shah Mahmood Qureshi greeted and welcomed Syed Muhammad Ali Hussaini for his appointment as the Iranian ambassador in Pakistan. 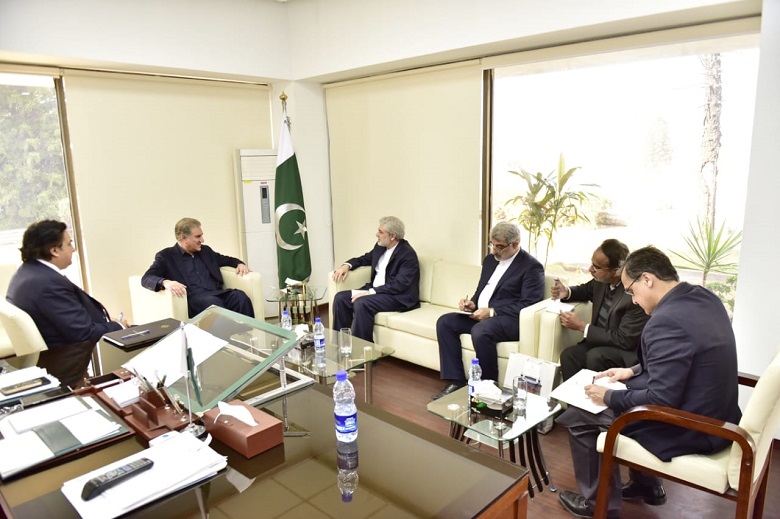 Talking to the ambassador, the foreign minister said that growing tensions do not benefit anyone in the region. He reaffirmed Pakistan’s resolve to play its positive role to reduce tension in the region.

The foreign minister said that he is in touch with various foreign ministers of the region and on the special direction of Prime Minister Imran Khan he will be visiting Iran and other Countries very soon.

The Iranian ambassador thanked the foreign minister and assured that he will use all his efforts to further expand the bilateral relations between the two Countries.

Mati
Mati-Ullah is the Online Editor For DND. He is the real man to handle the team around the Country and get news from them and provide to you instantly.
Share
Facebook
Twitter
Pinterest
WhatsApp
Previous articlePM Imran Khan inaugurates Azakhel Dry Port in Nowshera
Next articlePakistan-China partnership to be taken to new heights in future: Chinese Envoy