LAHORE, Pakistan: The Centre for Social Justice (CSJ) and Working Group for Inclusive Education (WGIE) have demanded a due consideration to the voices of independent experts, and regarding the loaded religious content considering into account its consequences on the worldview of students, teachers, and overall education system in Pakistan.

The CSJ and the WGIE after reviewing the final SNC Core Curriculum issued last week for classes 6-8.

They observed that the revised curriculum does not incorporate most of the changes that were suggested to the National Curriculum Council (NCC) for the grades 6 to 8 for the subjects English, Urdu, Geography and History.

A seminar by the two organizations on ‘How the School Curriculum Is Evolving’, the CSJ and the WGIE highlighted the gaps in the curriculum and violations of constitution. 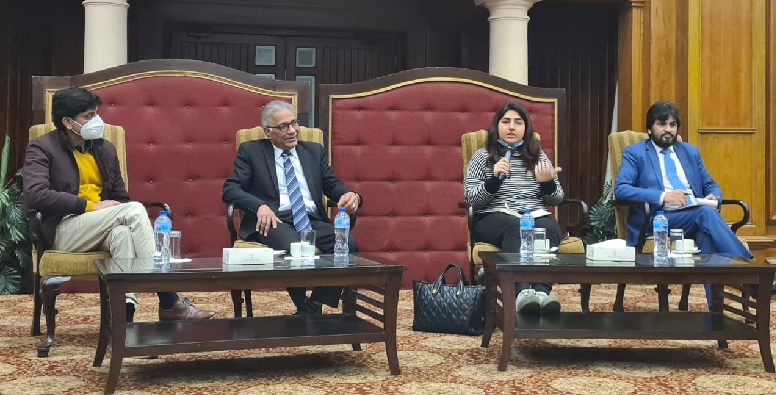 The Director of the CSJ Peter Jacob said that the government of Punjab continues to ignore the learning losses incurred due to pandemic and other factors, it is turning the schools into seminaries reducing the scope of education in science, math and social science.

Peter Jacob demanded that the government making Article, 20, 22(1) 25-A, of the constitution of Pakistan the guiding principles for curricula. He further demanded that minority students must not be forced to study Islamiat under any excuse, and teachers must be hired to teach minority students their own religion as alternative to Islamiat as promised in the Single National Curriculum.

Researcher Zeeba Hashmi observed that neutral themes in English textbooks such as; tolerance and fairness are embedded with religious ideals and Islamic principles, which result in making the students with diverse faith backgrounds feel alienated. She noted that the curriculum for the subject of History does not acknowledge religious and cultural diversity of Pakistan, which leaves an impression that cultural, religious, and ethnic minorities are disassociated and disengaged.

According to the final Core Curriculum document, the framework for the Single National Curriculum (SNC) is based on four major areas; civic & citizenship values imparted from content, reflection of diversity of religions and cultures, gender representation and relevance and rationality of approach. Each subject has a set of themes that are based on the main framework but the content has attracted concerns by academia and publishers as the curriculum is problematic.

While Dr. A. H. Nayyar, an academic and a researcher said, “It is extremely regrettable that the government of Punjab is bent upon reinforcing rote learning and imposing religiosity upon the students. This won’t help students explore and polish their creative learning but also create an atmosphere of inequality and discrimination in the class.”