Netflix Top Season You Need To See in 2020

Netflix has aired a number of seasons in 2020 and these are our Netflix top seasons you need to see in 2020:

The story revolves around the character Frank Castle. After exacting revenge on those responsible for the death of his wife and children, Frank Castle uncovers a conspiracy that runs far deeper than New York’s criminal underworld. Now known throughout the city as The Punisher, he must discover the truth about injustices that affect more than his family alone.

The series was created for Netflix by Steve Lightfoot, based on the Marvel Comics character of the same name.

Thomas Karman, an American politician named as the designated survivor for the State of the Union address, who suddenly ascends from the position of U.S. Secretary of Housing and Urban Development to President of the United States after a catastrophic attack kills everyone above him in the line of succession.

It is an American political thriller drama television series created by David Guggenheim that aired on ABC for two seasons. From season three onwards, the show has aired exclusively and globally on Netflix. 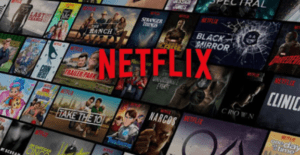 The series revolves around Lucifer Morningstar, the Devil, who abandons Hell for Los Angeles where he runs his own nightclub and becomes a consultant to the LAPD. He aids the LAPD in rounding up and punishing evildoers in the City of Angels.

This television series is developed by Tom Kapinos, based on the DC Comics character created by Neil Gaiman, Sam Kieth, and Mike Dringenberg.

The plot alternates between three timelines, following five adult siblings whose paranormal experiences at Hill House continue to haunt them in present day. The series also features flashbacks to 1992, depicting the events in Hill House leading up to the eventful night the family fled from the mansion.

The series was created and directed by Mike Flanagan for Netflix; produced by Amblin Television and Paramount Television. It is a re-imagining of the 1959 novel of the same name by Shirley Jackson.

The plot revolves around a dysfunctional family of adopted sibling superheroes who reunite to solve the mystery of their father’s death, and the threat of an impending apocalypse. It is a superhero web television series developed by Steve Blackman and Jeremy Slater.

You can also know about Netflix subscription.

Mati
Mati-Ullah is the Online Editor For DND. He is the real man to handle the team around the Country and get news from them and provide to you instantly.
Share
Facebook
Twitter
Pinterest
WhatsApp
Previous articleTECNO gives its users the chance to win a trip to Abu Dhabi and meet Manchester City Football Club
Next articleGround broken for Zameen Developments’ latest project ‘Zameen Ace Mall’ in Islamabad