During the meeting matters of mutual interest including military to military relations, regional security situation and measures to improve bilateral relations were discussed, said a press release issued by the Inter Services Public Relations (ISPR). 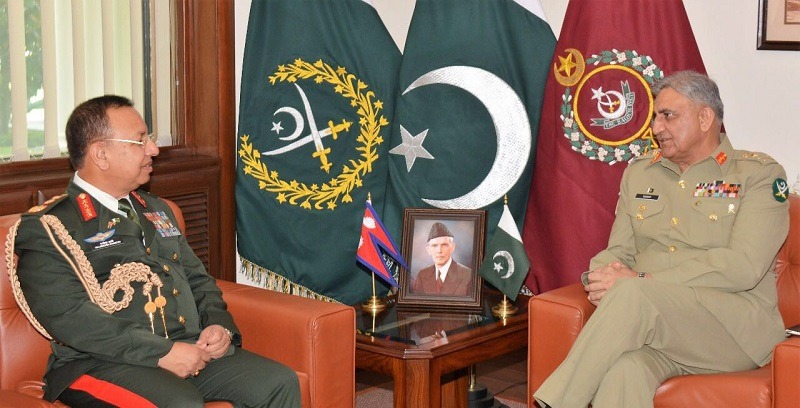 Visiting dignitary acknowledged and appreciated Pakistan Army’s sincere efforts and sacrifices in war against terrorism and for stability in the region.

Earlier on his arrival at GHQ, the Nepalese Army Chief laid a floral wreath at Yadgar-e-Shuhuda.

A smartly turned out contingent of Pakistan Army presented the Guard of Honour to the Nepalese Army Chief.

Mati
Mati-Ullah is the Online Editor For DND. He is the real man to handle the team around the Country and get news from them and provide to you instantly.
Share
Facebook
Twitter
Pinterest
WhatsApp
Previous articleTurncoats won’t damage PML-N but will harm democracy in Pakistan: Talal Chaudhry
Next article2018 general elections: ECP prepares code of conduct for foreign observers