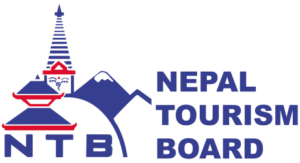 Three Candidates including Dhananjay Regmi, Dipak Bastakoti, and Hikmat Singh Aiyer are in the run for the post of NTB CEO.

They were picked from among a total of nine shortlisted Candidates on Monday by a Sub-Committee formed for the selection of a new CEO of Nepal Tourism Board.

Deepak Raj Joshi’s tenure as the CEO of NBT ended on December 24, 2019. However, he couldn’t secure his second consecutive term for another four years.

The final appointment for the post will be made by the NTB Board headed by the Secretary of the Ministry of Culture, Tourism and Civil Aviation (MoCTCA).

It’s worth mentioning that among three Candidates, Dhananjay Regmi is the owner of the Himalayan Research Expedition, Dipak Bastakoti is a private tour guide in Nepal while Hikmat Singh Ayer has been working at the Nepal Tourism Board as a Senior Corporate Director.

Note: The original story was written by Juergen T Steinmetz.