In the last six months, a total of 761,997 complaints were received on Pakistan Citizen’s Portal (PCP) while 661,471 of them were disposed off with a resolve percentage of 86.8.

The data shared with the Senate on Tuesday by the Minister Incharge of the Prime Minister’s Office revealed that most of the complaints were related to the Energy & Power Sector followed by Municipal Services and Education respectively.

Whereas Scholarships, Naya Pakistan Housing, and Securities and Exchange Commission of Pakistan (SECP) received the least number of complaints. 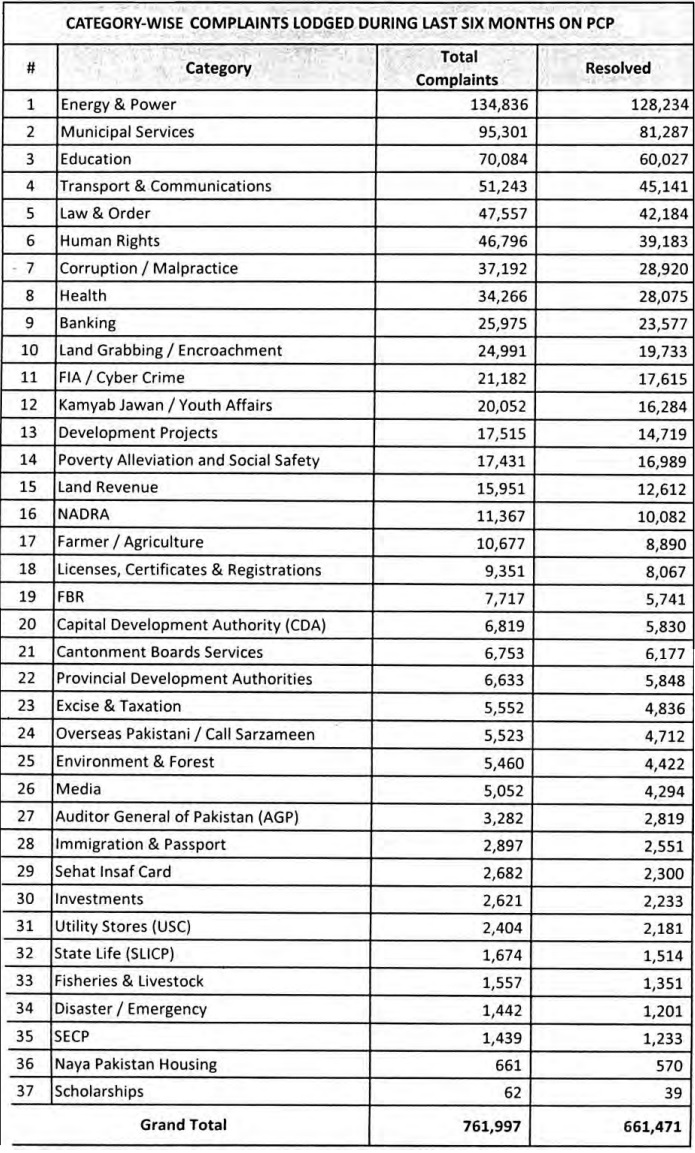 The data also showed that 55,144 complaints were lodged on the Citizen Portal by females during the said period, and most of them were related to the Education Sector.

Category-wise analytics of complaints lodged by women on PCP during last six months; 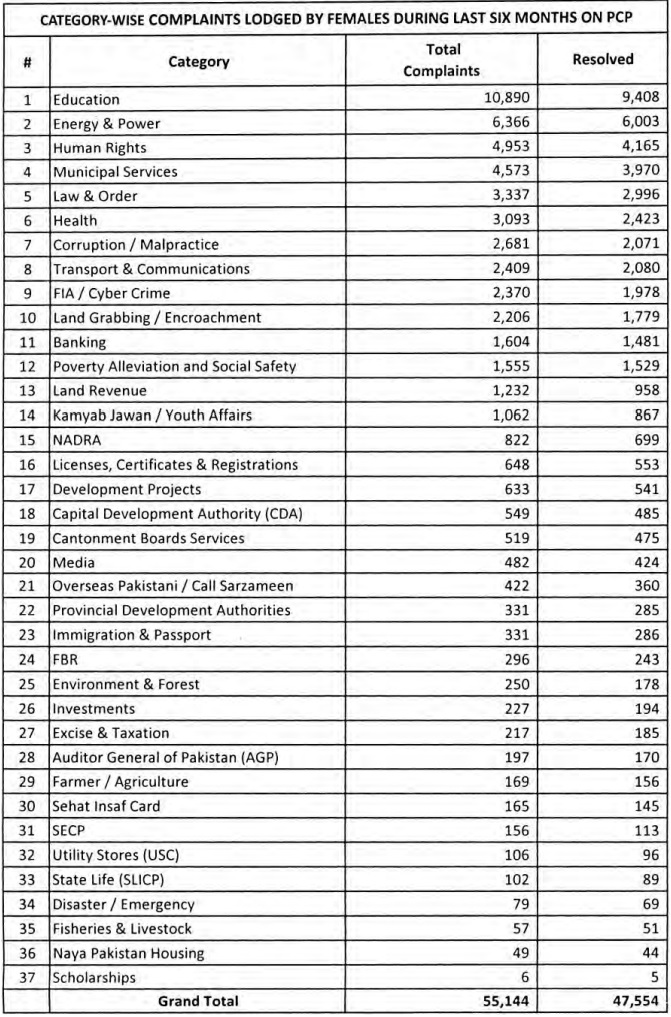 The Senate was apprised that the Pakistan Citizen’s Portal (PCP) is an automated system for processing and management of public complaints in real-time.

The resolution of public complaints on PCP is a continuous process that involves multi-organizational role/administrative/legal/policy issues, therefore mentioning of exact timelines of the disposal of the remaining complaints is not possible.

However, the manual of the Pakistan Citizen Portal provides a default disposal timelines of a minimum of 20 days and a maximum of 41 days.