RAWALPINDI, Pakistan: A delegation of National Youth Assembly from across the Country visited the Inter Services Public Relations (ISPR) in Rawalpindi and interacted with the Director General ISPR Major General Asif Ghafoor.

The delegation was briefed about geo-strategic environment and challenges to the national security.

The delegation was also briefed about achievements of Pakistan armed forces in war against terror and contributions towards regional peace. 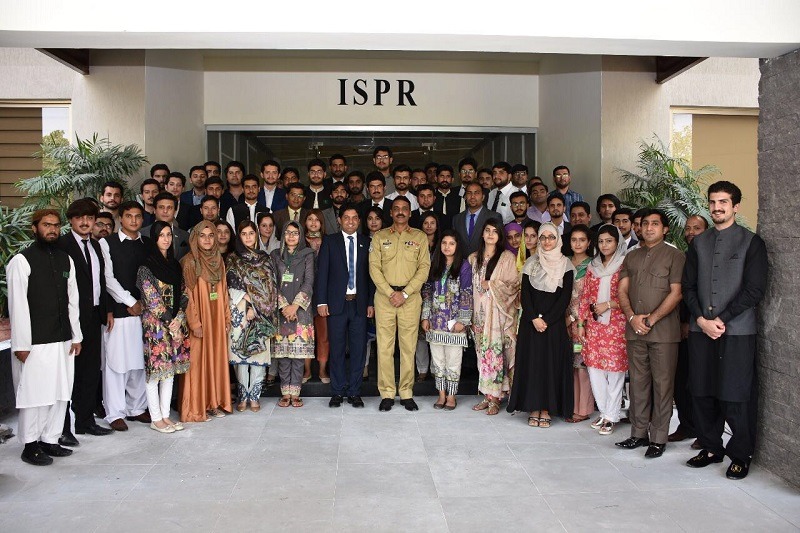 The director general ISPR also talked about targeting of youth through 5th generation/hybrid war in which social media is being used as an effective instrument.

The delegation acknowledged achievements and contributions of Pakistan armed forces and expressed their respect and support for security forces in providing them a peaceful environment.

They pledged to do their part in countering negative propaganda against Pakistan and its armed forces.

Mati
Mati-Ullah is the Online Editor For DND. He is the real man to handle the team around the Country and get news from them and provide to you instantly.
Share
Facebook
Twitter
Pinterest
WhatsApp
Previous articleRadd-ul-Fasaad: Three terrorists apprehended from KPK, Balochistan
Next articlePM Khaqan stresses Pak-Kazakh enhanced economic ties