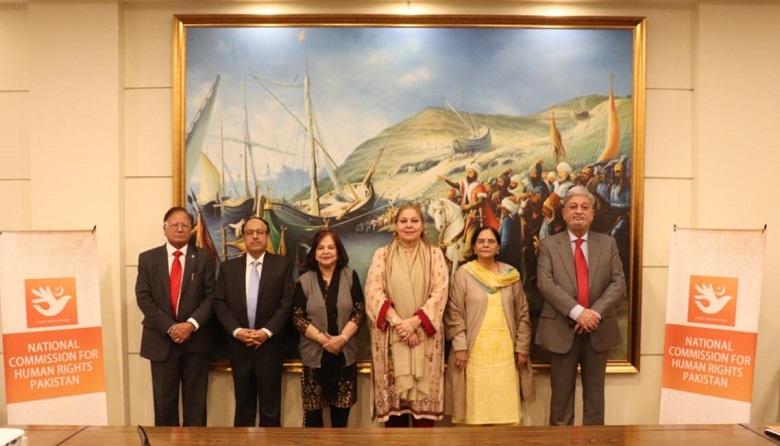 At the onset, the Board meeting discussed in-house improvements and directions that need to be taken to make the NCHR fully operational; including challenges of limited human resources, the development of human rights and finance rules, and management of a severely shrunken budget.

The discussion was held on the development of a strategic action plan, civil society and Universal Periodic Report (UPR) consultations and research work to be undertaken in the future.

The NCHR members also discussed at length the Sialkot issue which NCHR is following on a day-to-day basis. Member Punjab informed that he is in touch with the DPO Sialkot on a regular basis.

The NCHR members also undertook a full-day refresher course on the judicial process as per the NCHR Act.

With the support of UNDP and RSIL law, the session offered an overview of the complaint registration procedure at NCHR.

The Commission also discussed the setting up of a digital case management system for expeditious disposal of cases.

It was informed that the largest number of cases received at NCHR deal with police abuse and torture. Increasing outreach and ensuring high standards of adjudication on were some of the goals that NCHR hoped to achieve.

COVID positivity ratio in Pakistan jumps to over 8%