ISLAMABAD, Pakistan: The nation is celebrating the 75th Independence Day of Pakistan on Saturday with renewed resolve to work with the spirit of the Pakistan Movement to make the Country a true Islamic welfare state. 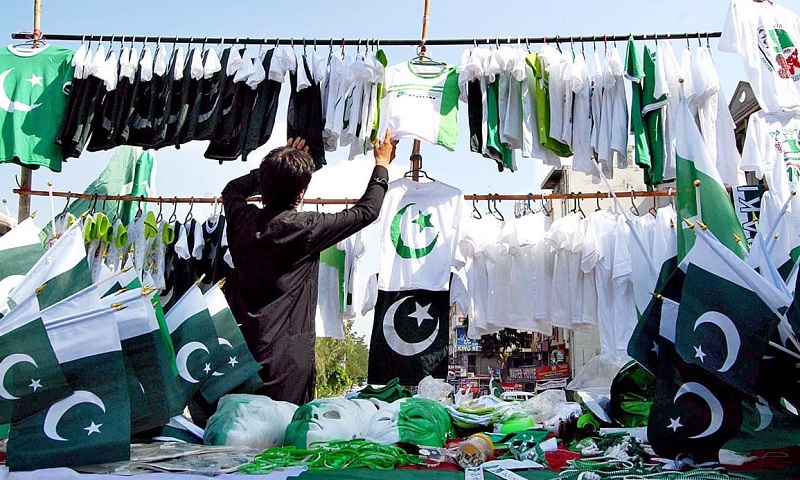 Prayers were offered for the security and progress of Pakistan and the well-being of the people.

The national flag has been hoisted at all important public and private buildings.

To celebrate the 75th Independence Day of Pakistan, the main national flag hoisting ceremony was held at Aiwan-e-Sadr in Islamabad with President Dr. Arif Alvi as the chief guest.

In his address after unfurling national flag at the ceremony, President Arif Alvi said that Pakistan is an emerging nation which is on the course of rapid development. He said that the Country is on the right direction and is all set to become a strong nation.

The president stressed the need to inculcate a hope in the nation and reject all sorts of negative propaganda and fake news against the Country.

Paying glowing tributes to struggle and sacrifices of founding fathers, the president Arif Alvi recalled that the Country achieved major successes in different fields and surmounted many challenges ever since its independence.

The president pointed out that Pakistan successfully tackled the menace of terrorism and our security forces, society and the people deserve appreciation for defeating the terrorism.

Similarly, flag hoisting ceremonies were held at provincial, divisional, and district headquarters level throughout the Country.

To mark the day, public and private buildings as well as streets, bazaars and markets have been profusely illuminated.

Likewise, national flags, buntings, portraits of founding fathers, posters, and banners are also seen everywhere as part of the celebration of Independence Day.