ISLAMABAD, Pakistan: The former National Security Advisor Lt General (retd) Nasser Khan Janjua has said that the Afro-Eurasian region is the future of the world that starts from Balochistan, and its significance has grown manifold with the operationalization of the Belt and Road Initiative (BRI).

While delivering his remarks on “CPEC and Balochistan” at the Institute of Strategic Studies Islamabad (ISSI) on a Public Talk organized by the China Pakistan Study Centre (CPSC), Lt General (retd) Nasser Khan Janjua said that the BRI actually covers the future world – Afro-Eurasia, Balochistan then connects the world from Central Asia to Africa; therefore; this is the focal point of the world’s future development.

Nasser Janjua noted that the best region of the world is actually the Islamic World that starts from Central Asian Countries and goes as far as Africa covering the Middle East also.

The former security advisor said that the China-Pakistan Economic Corridor (CPEC), a flagship project of the Belt and Road Initiative (BRI), is the life of connectivity of the world.

“The region and the world should be benefited from CPEC,” he remarked.

However, he said that CPEC has many challenges but they can be mitigated with the help of local population once it feels that it is the highest stakeholders of the project.

The former advisor said that the Baloch people are beautiful both in heart and soul. He said that spanning over 44 percent of Pakistan, Balochistan has unlimited but untapped natural resources.

However, the highly enriched Balochistan province has been facing multiple challenges for decades.

Nasser Janjua said that when he was posted in Balochistan as Southern Commander, Balochistan was the most volatile area with the presence of outlawed outfits Tehreek-i-Taliban Pakistan (TTP) and the Balochistan Liberation Army (BLA). He said teamed up with all stakeholders and used all possible channels successfully to cool down the situation in Balochistan and winning the hearts of people. He stated that the policy of general amnesty was announced for those who took arms against the state of Pakistan. He said that with the support of locals, the writ of State was established successfully and separatists started losing their support among the masses and the majority of separatists fled to Afghanistan and India and decided to operate from abroad.

Related Link: Historical Perspectives of Indian involvement in Balochistan and the future of CPEC

“We worked for the closure of conflicts in Balochistan,” he said.

Lt General (retd) Nasser Khan Janjua said that enemies were (are) also adamant to sabotage the peace efforts in Balochistan and fueling the separation movement.

The former national security advisor said that despite being a land filled with enormous resources, the deprivation of Baloch people remains the biggest issue and they are lagging behind in almost all spheres of life.

Nasser Khan Janjua said that we failed to integrate Balochistan into the mainstream and these situations created a negative sub-nationalism.

Underlining the need to remedy their deprivation and bring Baloch people in the mainstream, the former advisor said that development projects and the provision of basic necessaries may help bring normalcy in the region.

“If Pakistan wants to contribute to the world then we should strive to bring everyone together,” Nasser Janjua said. “It is never enough to hate your enemy, you have to do much more”. 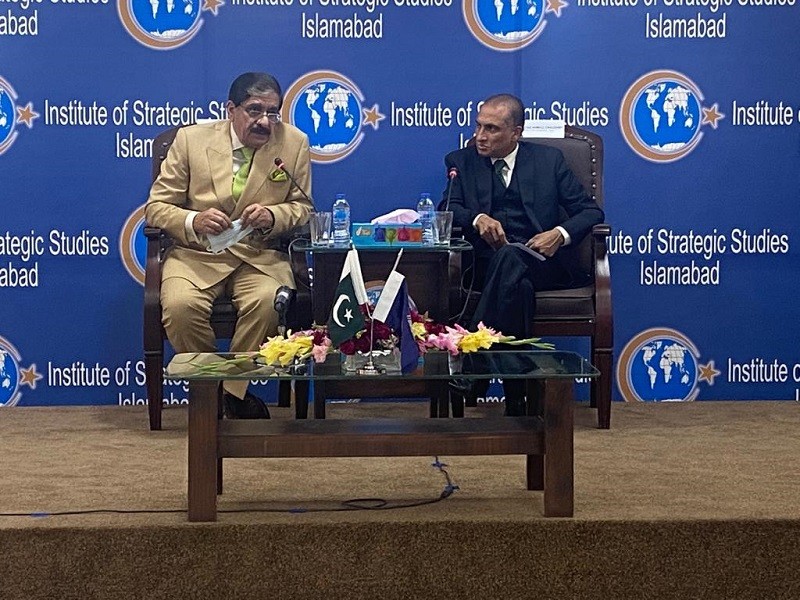 Mati
Mati-Ullah is the Online Editor For DND. He is the real man to handle the team around the Country and get news from them and provide to you instantly.
Share
Facebook
Twitter
Pinterest
WhatsApp
Previous articleHonda Goldwing Gl1800 Price in Pakistan, Images, and Color Options!
Next articleJoint Communiqué on visit of Prime Minister Imran Khan to Sri Lanka