Talking to the British High Commissioner Thomas Drew in Islamabad, the adviser conveyed a strong commitment of Pakistan to continue to make efforts for sustainable peace in Afghanistan for a political settlement.

“We actually need a cooperative framework and functional relationship with Afghanistan to support the peace process and further improving the bilateral relationship for which APAPPS presents a better remedy,” he said. 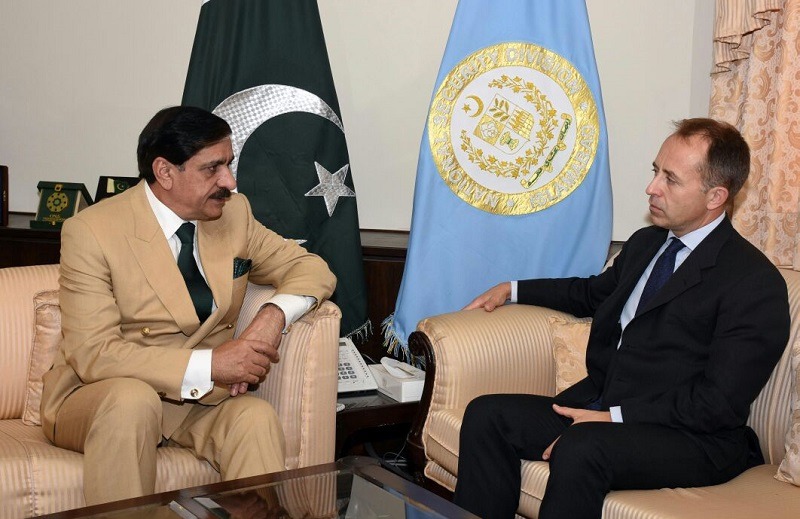 The British High Commissioner felicitated the national security adviser over his successful visit to Kabul, and expressed hope that this visit would act as an impetus to strengthen bilateral engagements between the two Countries in the future.

Nasser Janjua gave a brief view of his visit to Afghanistan and termed it satisfactory. He said that further impetus will be added with the visit of Prime Minister Shahid Khaqan Abbasi to Afghanistan on April 6, 2018.

The adviser expressed his appreciation for the peace offer made by the Afghan President Ashraf Ghani, and stressed that all the stakeholders should play a positive role in making the best use of this offer to seek peace in Afghanistan.

Thomas Drew said that UK is keen to play a constructive role for the stability of the region and to facilitate peace process in Afghanistan.

Both sides agreed to work together for the shared objective of peace in Afghanistan and the region.

Mati
Mati-Ullah is the Online Editor For DND. He is the real man to handle the team around the Country and get news from them and provide to you instantly.
Share
Facebook
Twitter
Pinterest
WhatsApp
Previous articlePTV Sports live Pakistan vs West Indies 3rd T20 mobile Streaming
Next articleNo space for delay in general elections: Nawaz Sharif