Names of dead and injured in Rawalpindi Pirwadhai blast

RAWALPINDI, Pakistan: The bomb blast which went off in Pirwadhai area of Rawalpindi on Friday resulted in one death and seven injuries, the City Police said.

The Rawalpindi Police Spokesman said that the City Police Officer (CPO) Muhammad Ahsan Younis, Senior Police Officers, and a heavy contingent of police rushed to the site soon after the blast.

The Spokesperson said that the nature of the blast is being ascertained but he didn’t rule out the possibility of the terrorist act. 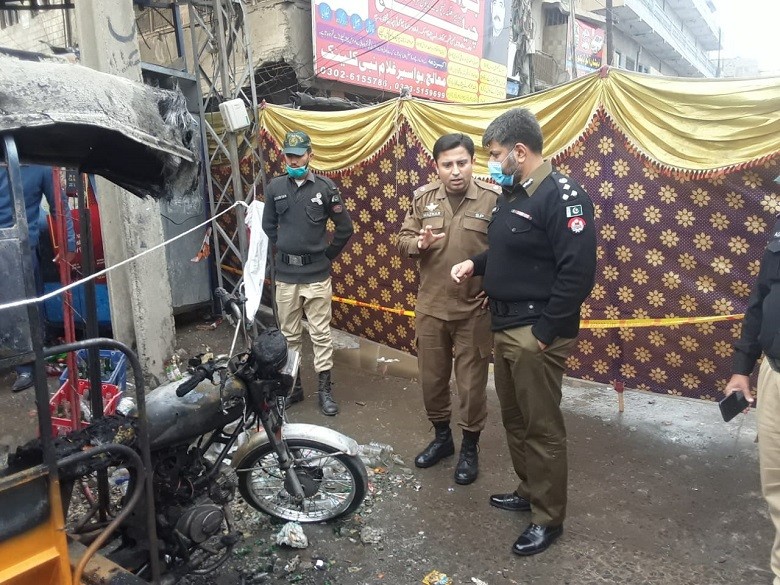 The injured persons were admitted to Holy Family Hospital for medical treatment.

Sources said that the blast went off in an auto-rickshaw parked at Pirwadhai Bus Station.

The Rawalpindi Police Spokesman further said that the dead and injured persons in the blast have been identified.

Mati
Mati-Ullah is the Online Editor For DND. He is the real man to handle the team around the Country and get news from them and provide to you instantly.
Share
Facebook
Twitter
Pinterest
WhatsApp
Previous articleSwati takes Google on board to raise public awareness and combat illicit drugs
Next articleTECNO and M&P celebrate 1 Billion Sales record