Names & locations of Marques and Wedding Halls in Islamabad

A total of 53 Marriage Hall/Marquees/Wedding Halls are located in the urban and rural areas of the Islamabad Capital Territory (ICT).

Following are names and locations of Marques and Wedding Halls in Islamabad;

It’s worth noting that as per a written reply submitted by the Minister for Interior Ijaz Ahmed Shah in the Senate on January 10, 2020, Rs 11,495,000 has so far been imposed as fine and collected from these Marques and Wedding Halls during the tenure of the present government.

The Interior Minister told that the Marriage Hall/ Marquees/Wedding Halls are checked for compliance under Section 3/4/5/6/7 of Marriage Functions (Prohibition of Ostentatious Display and Wasteful Expenses) Ordinance, 2000.

Ijaz Shah further told that the action is taken against violators by imposing penalties given in Section 6 of the Ordinance 2000.

To another question, the Interior Minister apprised the House that a total of 1,944 cameras have been installed in Islamabad – out of them 1,710 are functional and 234 are non-functional due to development work, fiber cut, power cut etc. –  since June 2016 and, US$ 118.725 and duties & taxes of Rs 2,512 billion have so far been spent on them. 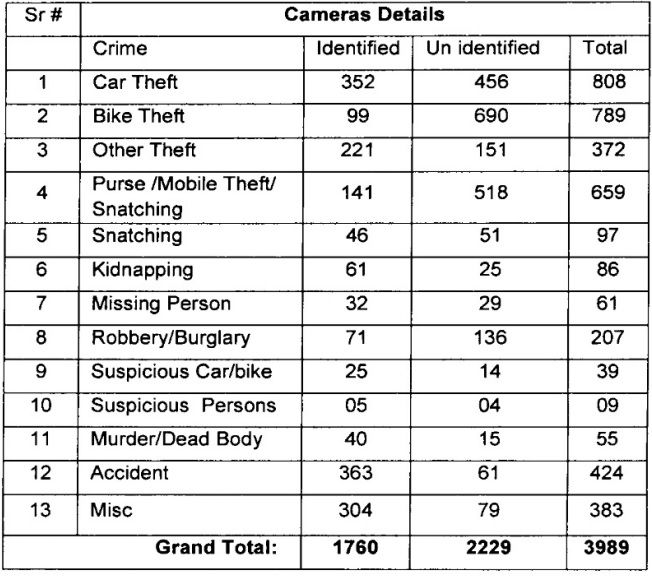 Mati
Mati-Ullah is the Online Editor For DND. He is the real man to handle the team around the Country and get news from them and provide to you instantly.
Share
Facebook
Twitter
Pinterest
WhatsApp
Previous articleIran confirms Flight PS752 of Ukraine International Airlines was shot down by Human Error
Next articleDetails of 50 Chinese nationals arrested in Pakistan for fake marriages